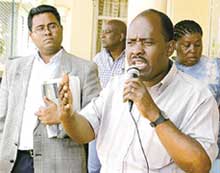 The uk High Court recently ruled in favour of a group of Indian Ocean islanders who were forcibly removed to make way for a us airbase decades ago.

The Ilois or Chagossians are inhabitants of Diego Garcia, the largest island of the Chagos Archipelago in the Indian Ocean, which is a uk overseas territory. In 1971, the uk gave the island to the us, to be used as an airbase.

About 2,000 islanders were forcibly removed between 1965 and 1973 to make way for the airbase. An estimated 4,000 Chagossians were resettled in Mauritius, the Seychelles and the uk.

The recent judgement has called the 2004 order unlawful and entitled the Chagossians to return home. The government has been given 28 days to appeal the judgement.