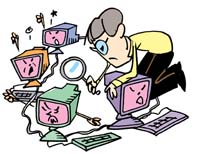 Officials in the Chinese city of Xiamen were forced to suspend plans for a paraxylene plant, after the town's residents organised a digital campaign that included blog posts, online signature campaigns and the distribution of nearly 1 million text messages. Paraxylene is a polluting, carcinogenic petrochemical used in the process of making polyester film, packaging resin and fabrics. Health experts say it can cause foetus abnormalities.

Though officials finally suspended the plans, the Xiamen city government subsequently created draft rules for Internet usage that require users to identify themselves by their real names. Conflicting explanations for the new draft Internet rules abound. There is the brutally honest statement by the deputy head of the municipal Industry and Commerce Bureau, Tian Feng. "After the opposition (to) the px project, the (city) government felt that it should have some control over web content," he said.

Some officials, however, completely deny any relation between the chemical plant and the regulation. Among those who have denied such an association is Lin Congming, vice propaganda chief of the Xiamen Communist Party Committee. Congming noted the regulation was only a draft.