Global warming will have bigger impact on oceans than thought 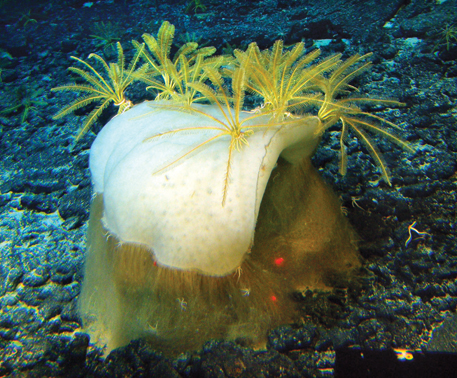 GREENHOUSE gases will interfere with the biogeochemical reactions of ocean and affect sea-level, ocean temperature, oxygen concentration, pH levels and phytoplankton productivity by 2100. This disturbance in aquatic life will also have a socio-economic impact as the changes would influence the livelihood of people in coastal areas, says a study.

For the study, the scientists analysed the models of projected climate change developed for the Fifth Assessment Report of the Intergovernmental Panel on Climate Change till 2100, and found that with the exception of the Antarctic and small areas in the South Pacific and North Atlantic, the rest of the world’s oceans would experience change in biogeochemical parameters. For instance, increased levels of carbon dioxide in the ocean will increase the rate of photosynthesis in the algae and alter the productivity of the system on which the entire food web of the ocean rests.

The study was conducted by the University of Hawai'i, Manoa, US, and published in PLoS Biology on October 15. “When you look at the world oceans, there are a few places that will be free of changes; (but) most will suffer the simultaneous effects of warming, acidification and reductions in oxygen and productivity,” says Camilo Mora, lead author of the study and assistant professor at the department of geography, University of Hawai'i. To understand the extent of impact of biogeochemical changes in marine habitats, the scientists compiled the global distribution of 32 marine habitats and biodiversity hot spots and found that the biggest changes will take place in shallow-water habitats like corals, rocky reefs and sea grass beds while deep-sea habitats, such as ocean floors and mountains, will undergo only minute changes.

On the vulnerability of people living in coastal areas, the results predict that under moderate carbon dioxide increase, 1.4 billion people will be exposed to medium-to-high oceanic change by 2100. Arthur J. Miller, research oceanographer and professor at Scripps Institution of Oceanography, University of California, San Diego, says, “They have methodically assessed the potential impacts of multiple biogeochemical stressors on various parts of the ecosystem to identify how complicated processes may interact to affect ocean biology. The compelling result is that the impacts are overwhelmingly detrimental to the ocean ecosystem as well as to the consequent resource usage.”