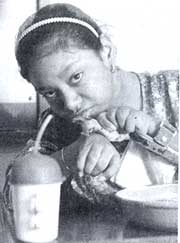 NGOs in India have joined hands to oppose the Rehabilitation Council of India (RCI) Act, 1992, which, they allege, will further handicap the care of India's 90 million physically challenged. Following a series of meetings, over 100 NGOs and individuals submitted a memorandum to the Union welfare minister, Sitaram Kesri, exhorting him to amend the Act, which came into force in July last year.

Although the Act is meant to standardise the training of rehabilitation professionals, NGOs and non-professional volunteers can now be arrested, imprisoned and fined because their service is deemed "illegal" under the new dispensation. Under the Act, all training programmes recognised by various universities will now have to be approved by the recently government-constituted council. NGOs allege that the members of the council have little expertise in this complex field.

Gautam Choudhary of Sanchar, a NGO based in West Bengal, says that the Act in its present form is "an insult to the thousands of 'little professionals' attached to voluntary organisations who work for a pittance because of their concern for the disabled".

Although RCI secretary J P Singh claims that the Act aims to lay down minimum standards in training, NGOs point out that it goes against the World Health Organisation's community-based rehabilitation scheme, which states explicitly that the problems of the disabled cannot be solved only by trained workers but by encouraging the rehabilitation skills of helpers such as concerned citizens, teachers and primary health workers.