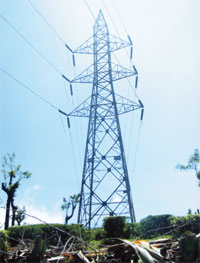 THE Cabinet Committee on Economic Affairs (CCEA) has approved a bailout package for the state power distribution companies, or discoms, that have failed to clear their debts. According to the package, made public on September 24, half of the debts of the discoms will be transferred to their respective state governments and the other half will be paid by the companies themselves over next few years.

According to CCEA estimates, as on March 31, 2011, state discoms across the country have suffered losses of Rs 1.9 lakh crore mainly because of low and unrevised power tariffs and providing power to the agriculture sector at a nominal rate. “We are forced to keep tariffs low under the state government policy and provide heavily subsidised agricultural connections,” says C S Chandalia, director of power trading at Jaipur Vidyut Vyapar Nigam Limited. “On an average, we spend Rs 3 lakh on each agricultural connection but make only Rs 25,000 from it,” he says. The plan mandates the state governments to pay subsidies to the discoms for such connections in advance.

Earlier, the discoms borrowed from banks to write off their debts. “Now even banks are reluctant to finance discoms because they are losing confidence in us,” says Chandalia. The Rajasthan discom alone is in a debt of around Rs 45,000 crore.

How the plan works

According to the bailout plan, 50 per cent of the debt as on March 31, 2012, has to be paid by the state governments. For this, discoms, the borrowers in this case, will raise bonds. These bonds will be issued to lenders, including financial institutions and power generating utilities, over next two to five years. Bonds are debt instruments which create an obligation for the borrower to pay back the bond value after an agreed period of time. Until then the borrower will have to make periodic interest payments to the lender. Since the discoms are not in a capacity to pay the money, the liability by default falls upon the state governments.

Not all state governments are happy with the proposal. “In trying to clear the balance sheets of discoms the liability has been passed on to the state governments. But we do not have the resources to cushion the liability and no mechanism for this has been suggested in the plan,” says P K Chaturvedi, secretary of the Madhya Pradesh Electricity Regulatory Commission.

The power distribution utilities have to pay back the remaining 50 per cent themselves, but not immediately. There is a moratorium on paying back. During this period discoms are expected to improve their operational performance and adopt measures to reduce energy losses during transmission. The Central government will also provide incentives for reducing transmission losses. Under the Restructured Accelerated Power Development and Reforms Programme, the power ministry has estimated the transmission losses trajectory for the state discoms. If a discom reduces transmission losses below the estimated trajectory, it will be given incentives by the Central government for every unit saved.

According to CCEA, state governments will now have to revise tariffs annually to increase the revenue. The committee says many state government departments and agencies have electricity bills uncleared. The plan mandates them to clear the outstanding bills by November 30 this year. It also mandates all government departments to shift to pre-paid meters by March 31 next year. This will help discoms receive payments on time.

CCEA has directed the discoms to prepare a plan for private sector participation in power distribution within a year. Two state-and Centre-level committees have been envisaged to monitor the progress of the plan and Power Ministry is set to draft a legislation on state electricity distribution.