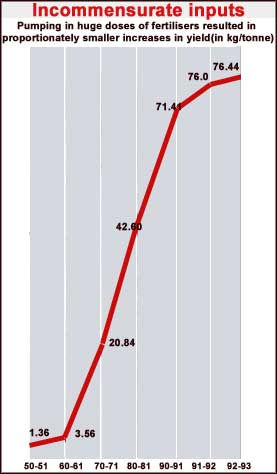 OVER the years, the application of chemical fertilisers has grown vertiginously in India. In percentage terms, however, this spectacular rise has left far behind the growth in food production, according to a report released by the Bombay-based Akhil Bharat Krishi Goseva Sangh.