Doha round in indefinite suspension 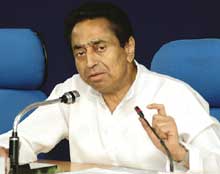 a renewed brawl over farm subsidy has stripped the 'Doha development agenda' from the World Trade Organization (wto)'s multilateral negotiations. On July 24, a 14-hour long closed-door meeting between g6's most prominent trade members of wto -- India, the us, the eu, Australia, Japan and Brazil -- finally brought the 'Doha round', which began five years ago, to an indefinite halt in Geneva.

Pascal Lamy, director general, wto, said after the meeting, "The Doha Development Agenda negotiations have to be suspended because gaps between key players remain too wide."

India and the eu blame the us for the final breakdown of the talks.They say the us demands too high a price from developing countries for cutting the us $20 billion farm subsidies. It demanded a peak tariff regime of 15 per cent for its industrial products and an increased market access into countries like India and Brazil. Until July 22, most of the g6 nations were working in close cooperation. The eu agreed for a tariff of 52 per cent (demand was 54 per cent), India agreed for a tariff cap of 18 per cent (demand was 15 per cent) and the us also agreed for phasing out farm subsidies to an acceptable level.

But everything turned topsy-turvy when the round table discussions started. According to Union minister of commerce and industry, Kamal Nath, "Everyone put something on the table, but the us said it couldn't see anything concrete on the table." eu trade commissioner Peter Mandelson blamed the us saying, "Surely, the richest and strongest nation in the world, with the highest standards of living, can afford to give as well as take."