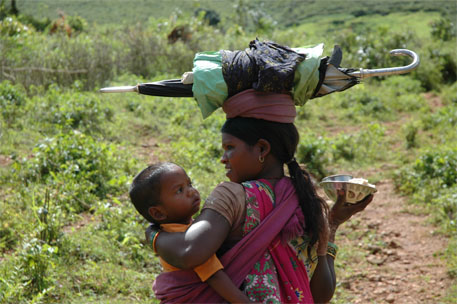 A recent research has established the link between domestic violence and pregnancy complications. The study, conducted in 225 villages across 12 districts of Uttar Pradesh, probed the impacts of emotional, physical and sexual violence on pregnancy in women.

The study was conducted by Delhi-based non-profit Population Council. The findings were published in Journal of Interpersonal Violence, an academic journal which deals with criminology and inter-personal violence.

The study was carried out among 4,223 married women aged between 15 and 49 years and 2,274 husbands. It covered all three major regions of Uttar Pradesh—eastern, western and central.

According to the study, women who faced pregnancy complications as a result of violence were less prepared for delivery. Also, they were less likely to go in for an institutional delivery, seek post-natal care within seven days of giving birth or talk about family planning with their husbands.

The study further shows that women subjected to violence did not have the confidence to talk about pregnancy-related issues or discuss delivery plans with their family members.

Consequently, they also failed to talk about health facilities, arrangement of transportation, delivery kit as well as saving money for emergency expenses. All these factors culminated in pregnancy complications. Similarly, the post-natal care of children was affected.