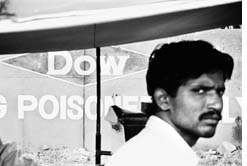 de-nocil, an India subsidiary of Dow Chemicals, is being investigated by the Central Bureau of Investigation (cbi) for its role in bribing Indian officials at the Union ministry of agriculture to get three pesticides registered.

The cbi has zeroed down on three meetings of the ministry's Central Insecticides Board and Registration Committee held in 1997, 1998 and 2000 where the then director of the licensing committee R L Rajak may have exerted undue influence to get the pesticides--Pride (ni-25), Nurelle-D, and Dursban--registered. The pesticides are marketed by De-Nocil (renamed to Dow AgroScience Private Limited).

The cbi is also investigating a case of bribery against Agro Pack and Crop Health Products Limited, the two companies which were the product formulators for De-Nocil. De-Nocil earned around us $435,000 between 1996 and 2000, of which us $330,000 was sent back to its parent company Dow Chemials. According to cbi officials, Dow Chemicals used their consultants and their product formulators to pay-off Rajak for getting their products licensed. He said that apart from cash, the company also paid for Rajak's travel and hotel bills, besides 'gifting' him expensive jewellery.

On August 21, the cbi conducted raids in six cities, which include De-Nocil'sheadquarters in Mumbai, offices ofCrop Health Products and Agro Pack in Ghaziabad and Bharuch, along with houses of former employees and consultants in Chennai, Pune and Faridabad. While the cbi has only booked one government official, it is also looking out for other officials in the Registration Committee and the agriculture ministry.

The investigations were prompted by a letter from the agriculture ministry asking cbi to take up the matter.