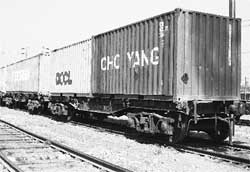 after getting hauled up by the country's apex court, the Indian government has set up a high-powered committee to oversee what it terms the "strict and faithful" implementation of rules to manage hazardous wastes. The committee held its first meeting on December 18. The Basel Action Network, a network of Indian and international organisations that has been working to ensure a clean, healthy and nontoxic environment, made a presentation at the meeting. It strongly criticised the inaction on the part of the Union ministry of environment and forests in halting the illegal auctioning of hazardous wastes stockpiled at the inland container depot in Tughlakabad, New Delhi.

One of the prime tasks of the committee is to carefully look at the extent to which India has already banned hazardous wastes listed in the international agreement on the control of trans-boundary movements of hazardous wastes and their disposal known as Basel Convention.It has also been asked to examine which other hazardous wastes need to be banned in the country.

M G K Menon, former Union minister for science and technology, is to head the seven-member committee. Its members include some of the most reputed specialists in industrial toxicology in the country. Claude Alvares, eminent environmentalist from Goa, is also a member of the committee.

The committee has been set up after an order by the Supreme Court (sc) following a case in which the New Delhi-based Research Foundation for Science, Technology and Natural Resource Policy (a non-profit group) had dragged the Union government to court.

Once it gets functioning, the high-powered committee will also have to verify the present status of industrial units handling hazardous wastes imported for recycling, or those generating and recycling indigenous hazardous wastes. It will have to look into the safeguards "to ensure that banned toxic or hazardous wastes are not allowed to be imported" into India, according to an official notification from the Union government.

Importantly, this panel will study the changes needed in existing laws to regulate the functioning of industrial units handling hazardous wastes, and to protect workers from environmental hazards. India also wants to assess the adequacy of existing facilities for disposal of hazardous wastes.

Recently, environmentalists had claimed that Indian recycling industry was seeking to dilute the Basel Ban. The recycling industry, especially the section dealing with lead and zinc, has been petitioning through strongly worded public statements to dilute India's position on the ban imposed by the Basel Convention. Environmentalists have charged that they have even roped in the Confederation of Indian Industry (cii), a national umbrella body for industry, which urged the government not to adopt the decision of the convention to ban trade in recyclable hazardous substances between India and members of the Organization of Economic Cooperation and Development (oecd) and non- oecd countries.

Recent cases in the courts brought to the fore deficiencies in the regulatory mechanisms which have enabled the import of potentially hazardous material for recycling. The wastes imported are mostly contaminated. The cheapest of these contain appreciable quantities of toxic metals such as cadmium, arsenic, antimony, cobalt, chromium, lead, nickel and copper. The Basel Convention shifts the responsibility on the exporting country, requiring it to ensure that the consignment is neither hazardous nor is it destined for a facility which is inferior to that of the exporting country.