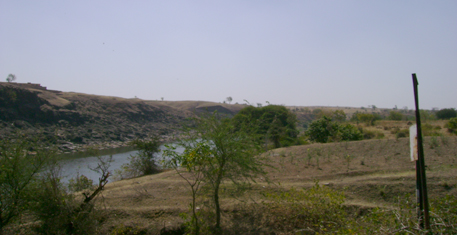 Nestled in Rajasthan’s bone-dry Tonk district, Sehal Sagar village boasts of lush green fields, wells full to the brim and healthy cattle. The surprise transformation has been possible because the village follows rainwater harvesting and develops its pasture land.

Sehal Sagar has an elaborate network of ponds, canals and chaukas which ensure that every drop of rainwater is harvested. Chaukas are a series of inter-connected rectangular plots of land which store rainwater in dug up areas with a gentle gradient. As water collects in one chauka, it flows over to the next one. This unique system recharges groundwater, maintains subsoil moisture, regenerates pastures, fills up ponds and irrigates the fields.

Chaukas do not just insure the village against drought but also protect it from floods. Excess water is diverted across agricultural fields and pastures through canals. It is never allowed to accumulate at one place. As villagers got involved in this practice, the ground water level of the village rose from 40 feet below ground level in 2001 to just 10 feet 2006.

No wonder, the village won the 2007 National Water Award, constituted by the water resources ministry for best innovative practice of water conservation.

Following in footsteps of Laporiya

Sehal Sagar has followed the example set by Laporiya, a village nearby. It was started by the village youth group, Gram Vikas Navyuvak Mandal Laporiya (GVNML). Formed in 1977, GVNML mobilised people for watershed development. It now works in 500 villages of Rajasthan, including Sehal Sagar. The organisation began by digging and reviving ponds and innovating ways to harvest rainwater through chaukas. 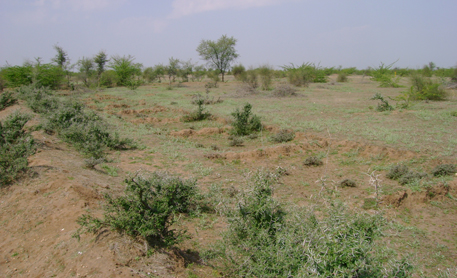 “Till two years ago, Sehal Sagar witnessed consistent and severe droughts. But even then, one bigha of land would give us 10 quintals of bajra as opposed to only two quintals in other villages. We did not need water tankers because our wells and hand-pumps gave water even during droughts,” say members of the Sehal Sagar village development committee (VDC).

The village also boasts of good quality livestock because the cattle feed on healthy fodder. “Our pastures have 30 types of grass, trees and shrubs. These have grown on their own simply because of the moisture retained by the soil due to the chaukas. Braving recurrent drought, the soil has sprouted grass year after year. With all the rainwater harvesting of previous years, the moisture now runs 40 feet deep,” say GVNML volunteers.

Well-fed cattle means good milk production—cows earlier gave five litres of milk in a day, now they give up to 10 litres a day. Being much older in the experiment, Laporiya boasts of an average monthly income of Rs 10,000 per family from milk alone. 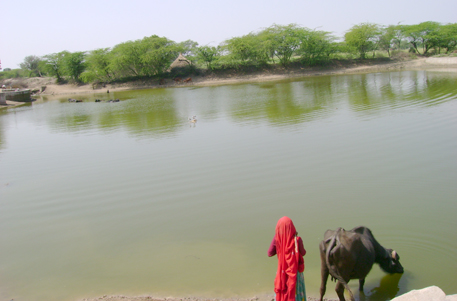 GVNML, which soon registered itself as a non-profit, emphasises on collective action and social engineering. People of the village have made rules for using collective structures. This helps in their maintenance. “Norms are strictly followed—from demarcating ponds for different uses, throwing garbage, contributing labour and even behaviour towards animals. Anyone breaking the rules is fined,” says Kesar Devi, a resident of the village.

The policy of involvement by coercion has worked. People of the village have developed a sense of strong ownership towards the system because they have invested time and labour in it. “The idea behind getting everybody on board is not just to bring more working hands but to also generate social capital and nurture a sentiment of care towards our land and resources,” explains Laxman Singh, the founder of GVNML.

This philosophy of care towards the environment runs deep. Eco-parks in many of the 500 villages where GVNML has worked testify this. The organisation developed an eco-park on a completely barren land in Nagar, a village close to Sehal Sagar. It now has 135 types of birds, besides a variety of small animals and species of plants and trees. 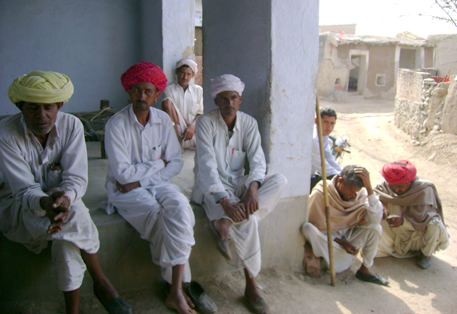 Wasteland regeneration has directly influenced generation of livelihood through agriculture and dairy. Production of chana (gram) has increased from three quintals in 2001 to 10 quintals in 2007. Within the same period, production of moong dal (green gram) increased from half a quintal to three quintals. “But the biggest success is that agriculture here is completely organic. We do not need fertilisers, pesticides or GM seeds for a good crop. The cost of production has fallen drastically,” says Laxman.

The prosperity has curbed migration to a great extent. “Most people went to cities for work. Now there is enough work and so distress migration is nil,” says Hansa Devi, who lives in Sehal Sagar.

Can such initiatives be replicated by other organisations and state governments? The answer is difficult to find.

Winning community support is no longer a challenge. But convincing the panchayat and government departments of the advantages of chaukas is still difficult. The government continues to work in its old way of contour-bunding. Year after year, the contour-bunds break, swallowing huge funds for repair.

“Amidst corruption and laid back attitudes who wants responsibility of this work,” says Ramji Lal of GVNML. People of the village say the panchayat feels threatened by the popularity of the VDC and GVNML, as it could weaken their electoral aspirations. Consequently, many GVNML members have been falsely implicated in court cases. 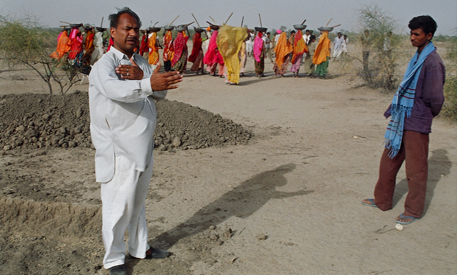 Laxman Singh says the desire to urbanise and acquiring agricultural land for industrialisation are major threats. “There is little political will for wasteland regeneration and our surrounding areas are already urbanising very fast,” he adds.

Often, powerful elite of the village and members of the panchayat encroach upon common land. “Others who encroach are also not troubled, as it gets them votes. But they are not interested in pasture regeneration,” says Ramji Lal of GVNML.

The push that fertilisers, pesticides and GM crops get from the state and the market is another hurdle for the organic-agriculture effort.

At a time when common land and pastures across the country face the threat of encroachment and industrialisation, such an initiative in the desert challenges the popular notion of ‘tragedy of the commons’. Often categorised as wasteland, common lands witness significant depletion because of individual interests.

According to agriculture ministry data, pastures in India have decreased from about 14 million ha in 1960 to about 10 million ha in 2008. In Rajasthan, pastures have reduced from 1,714 thousand ha in 2000 to 1,699 thousand ha in 2009. India does not have any policy for village commons and, therefore, the work done in Sehal Sagar and other villages for regeneration of pastures warrants a second look.

“The government must realise the importance of commons,” says M S Rathore, director of the Centre for Environment and Development Studies in Jaipur. “They play a major role in the lives of the poor by contributing almost 30 to 40 per cent of their income. The commons also contribute to biodiversity, watershed development and catchments by providing inputs to livestock, agriculture and ecosystem services. They are not wastelands and must be conserved.”

Ramji Lal confirms this. “Almost all families have cattle in these villages as dairy alone is the backbone of their economy during repeated droughts and limited farm yields. Pastures, therefore, become essential,” he says.

To obtain a legal status for the commons, Rajasthan is drafting a policy that can protect and revitalise the commons. It will be the first of its kind in India.
Award-winning villages like Sehal Sagar have made this policy possible by proving that drought-proofing is indeed a reality and barren lands, widespread migration, rampant poverty, repeated crop failure, falling water tables, denuded forests and so on can not only be arrested but also reversed.