Nearly 83 per cent medicines out of the ambit of price control policy, thus making them out of reach for most patients, say two recent reports 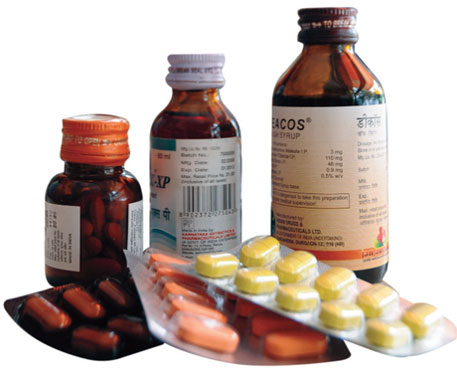 Indicating failure of the National Pharmaceutical Pricing Policy (NPPP), 2012 and the Drugs Price Control Order (DPCO), 2013, two recently-released reports have stated that medicines are still not accessible and affordable for the citizens of the country. The reports that were jointly released by Delhi-based organisations, Public Health Foundation of India (PHFI) and Institute for Studies in Industrial Development, last Thursday, pointed towards policy gaps in pricing of drugs.

One of the reports, titled "Drug Price Ceiling", states that coverage under DPCO, at present, is limited to only about 17 per cent of the drugs prescribed and promoted in the country. This leaves nearly 82 per cent of the medicines out of ambit of the policy, thus resulting in high prices. "Clearly the interests of the pharmaceutical industry have received precedence over the interest of patients," says the report. The second report, named “Access to Medicines”, expresses concern over high prices of drugs and their irrational use.

The reports together highlights the fact that despite being the “pharmacy of the global south”, India has been creating a situation wherein its own citizens have to pay huge amounts of money to buy drugs.

Despite criticism from several quarters, DPCO had used market-based pricing (MBP) formula to determine prices of medicines, instead of cost-plus pricing (CBP) formula. In CBP, price of a medicine has to be calculated on the basis of cost of manufacturing and pre-determined profit. MBP, on the other hand, is calculated taking average of top selling brands, which in most cases are expensive.

“MBP has been unable to bring down the prices. Manufacturers earn money which is 10 times the cost of production of medicines. Our calculations show that their profit has hardly come down after the implementation MBP, which means that consumers have not benefitted from DPCO,” says Sakthivel Selvaraj, a leading author of both the reports and a member of PHFI. The PHFI report shows that the profit of manufacturers has decreased by less than two per cent of the total market share.

Critisicing DPCO, the report says that the policy provides pharmaceutical companies several ways to escape price control. It not only permits the presence of “a substantial inessential, irrational and unsafe medicines market”, but also encourages its growth by allowing a 10 per cent increase in prices each year.

Irrational prescription and use a matter of concern

The second report, “Access to Medicines”, has noted that the irrational use of medicines is a big concern. "Not only are hazardous and inessential medicines being produced and sold in the country but irrational prescription, dispensing and use of these medicines is also rampant," says the report.

It also notes that despite being one of the leading producers of vaccines in the world, India has the maximum child mortality rate. This is due to poor outreach under the Universal Immunisation Programme (UIP). Moreover, private companies in the pharmaceutical industry are successfully able to sell non-UIP vaccines and combination vaccines to the general public.

“Combination vaccines and medicines (which contain two or more active pharmaceutical ingredients) do not fall in the purview of DPCO. This has become an escape route for the manufacturers to avoid legal hurdles in fixing prices for their products,” said Selvaraj. As many as 47 per cent drugs in India today are fixed dose combination drugs. Though there is no exact data, the figure usually falls in the range of five-12 per cent.