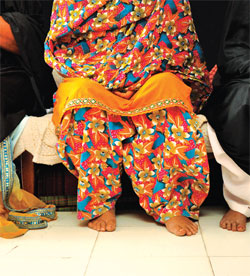 The Supreme Court of India on Monday pulled up the Central government over non-payment of compensation to victims of unethical drug trials who suffered serious adverse effects (SAE). This was after the court ascertained that relatives of the 80 victims who admittedly died during clinical trials have been compensated by the pharmaceutical companies on whose behalf the drug trials were conducted.

The reprimand came during hearing of a petition by Swasthya Adhikar Manch (SAM), an Indore-based non-profit. The bench of justices R M Lodha and Kurien Joseph asked why no compensation was given to the 506 SAE cases; these patients developed health complications as a result of trials between January 2005 and June 2012.

Sanjay Parikh, the counsel appearing for SAM, countered the argument and said that there was a provision for compensation under Schedule Y of the Drugs and Cosmetic Rules 1945.
The government sought some time to streamline the payment of compensation to the persons who have suffered SAEs.

Last year, the apex court had restrained the Central government from giving permission for clinical trial of new drugs  without putting in place a proper mechanism to regulate such trials in the country.

The Union Ministry of Health and Family Welfare (MoHFW) has confirmed that 39,022 people had completed drug trials in the given period (2005 to 2012). Of them, 80 died and 506 developed SAE. (Information obtained through RTI had put the number of deaths related to drug trials at 2,031.) The petitioners had alleged that clinical trials are being carried out for the benefit of foreign pharmaceutical companies and that Indian nationals were being used as guinea pigs.

The statement issued by SAM says that the counsel claimed that the ministry has not been conducting its own investigation/verification and it has sought information from the sponsors/drug companies. After approval, the entire operation of conducting clinical trials was left to the sponsors. The government has no actual personal knowledge as to how many people have suffered death or SAEs because of clinical trials, the petitioner's counsel told the court.
Parikh argued that the drug companies are purposely giving only a miniscule number to avoid their liability.

Report: Ethical concerns in clinical trials in India: an investigation