People in an extremely backward Haryana town, where almost every fifth person has hepatitis C, are forced to seek treatment on EMIs 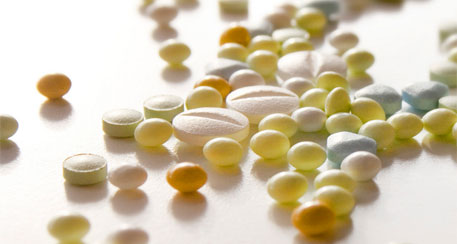 High incidence of hepatitis C in Ratia and the absence of a government-run treatment centre for the liver disease in the small town of Haryana have opened a novel business opportunity for pharmaceutical firms. Companies that manufacture expensive interferon injections—the main component of hepatitis C treatment—have been offering them on monthly instalments since 2012.

Subhash Chandra, a moderately well-off farmer of Bara village in Ratia, was diagnosed with the disease in 2012. His treatment required him to take weekly injections, each costing `6,240, for six months (see ‘Costly cure’). “Since I could not pay the entire amount, pharmaceutical company Fulford offered me injections on monthly instalments,” he says. If untreated, hepatitis C can lead to liver failure or liver cancer.

“I started the treatment in 2012 after making an initial deposit of `9,400 and agreeing to pay the rest of the amount in two years,” says Chandra. Over the course of the treatment, his dosage reduced from 100 mg to 80 mg. “But as I had already given post-dated cheques, my treatment cost did not reduce,” he says.

Fulford (India) Ltd is a subsidiary of Merck & Co Inc. Down To Earth spoke to a Fulford agent in Ratia who confirmed that the company does provide interferon on monthly instalments and gives additional medicines for free.

Chandra is still paying his loan of `1.59 lakh. Later, three of his family members—his wife, brother and sister-in-law—were diagnosed with hepatitis C. “We could not start their treatment because we cannot afford it, even on instalments,” says Chandra.

Ratia is an extremely backward sub-division of Fatehabad district with 31.7 per cent of its population belonging to the scheduled castes. The rate of incidence of hepatitis C in the town is 18 per cent against the national average of around one per cent.

The high incidence of the disease in Ratia was highlighted for the first time in 2011 when a large number of liver disease cases were reported that the doctors there were unable to cure. A government survey was conducted the same year after activists in the region demanded that the problem be investigated.

“Of the 8,500 people tested on a random basis in the survey, 1,600 were found positive for the virus,” says Ram Chander, who heads Committee Against Hepatitis C, a local body formed by the people.

Despite the alarmingly high incidence of hepatitis C, it took the government two years to start a treatment facility, that too 165 km from Ratia at the Post Graduate Institute of Medical Sciences (PGIMS) in Rohtak. “The officials did not even inform the people who had tested positive. We had to run around to get the list released,” says Chander.

The high incidence of hepatitis C found in the survey made the government undertake another study in 2012. This study, conducted by PGIMS Rohtak, found the rate of incidence to be 22.3 per cent. However, the percentage this time was expected to be higher because the samples were collected from suspected and previously positive cases of hepatitis C. The results have been published in the Australasian Medical Journal in January 2014.

The hepatitis C virus (HCV) spreads in the same manner as HIV/AIDS—through sexual transmission and blood (see ‘Silent killer’).The study says that wrong medical practices are the main reason behind the spread of HCV in Ratia. Of the 1,630 people found HCV positive, 1,146 (70.3 per cent) had a history of injection as a mode of treatment from local doctors; 1,088 (66.7 per cent) had a history of dental treatment; 5.6 per cent had blood transfusions; and four patients had dialysis. The researchers observed the medical practices of local doctors and dentists and found that most of them were using unsterilised needles and syringes. About 76 per cent of patients had received injections from local doctors in the past six months. “We found that there was a doctor who was using a syringe on multiple patients,” said Ramesh Verma, associate professor, PGIMS, and lead author of the study.

“Dental problems are very common in Ratia. Dentists do not use modern machines to sterilise equipment. They boil equipment at 100°C which is not enough to kill HCV,” says Niraj Kataria, general physician and part of the Committee Against Hepatitis C. “People do not know that they should allow doctors to use only disposable syringes,” he adds.

PGIMS Rohtak offers free treatment and medicines to people belonging to the scheduled castes and below poverty line categories on Tuesday and Saturday every week. However, travelling to Rohtak is a major problem because it takes about four hour by road. “I spend `500 on transport every week. The doctor administers injection and gives pills for only a week,” says Naresh Rani, 32, of Ratta Khera village. Earlier, doctors would give an injection to be administered by a local doctor in Ratia. “But there were complaints of injections being sold. So the practice was stopped,” she says.

Patients have been demanding that the treatment centre be shifted to Ratia. Chandersays Committee Against Hepatitis C has made several representations to the government, but to no avail.

India has the second highest number of HCV-infected people in the world but a nationwide programme is unlikely anytime soon. Though the Union health ministry’s National Centre for Disease Control (NCDC) is planning a national programme on HCV on the lines of HIV/AIDS and a committee of doctors is framing it, NCDC director L S Chauhan says, “It will take two-three years to start the programme.” He says data on HCV prevalence in different parts of the country is yet to be collected. But Leena Menghaney, India Coordinator, Access Campaign of Medecins Sans Frontieres, says, “The government should start the programme without waiting for statistics. We cannot afford to have people suffer till then.”