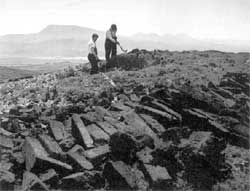 ireland's first ever biodiversity report has raised concerns among environmentalists. The report by the country's Environmental Protection Agency has identified modern agricultural practices, pollution of rivers and lakes, mechanised peat extraction, urban development and climate change as the main threats to the country's biodiversity. Biodiversity in Ireland -- A Review of Habitats and Species says that the most potent transforming force for the country's rural areas in the past 30 years has been agricultural intensification, which has led to a loss of both plant and animal biodiversity. The effects of overgrazing have been most obvious along the western coast. Agricultural practices even account for the most significant adverse impacts to coastal protected areas. Nature conservation in Ireland has, in the past, received little attention mainly due to the fact that the landscape was largely unspoilt some 25 years ago. Since that time substantial degradation has occurred.