Earthquake in Odisha leaves one dead, many injured 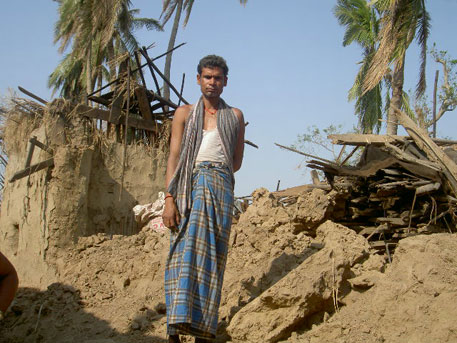 At least one person has died and 200 others injured in the panic triggered by an earthquake in Odisha on Wednesday night. The quake, which according to Sapan Kumar Das of India Meteorological Department was of magnitude 5.8, shook many buildings in major parts in Odisha, including Bhubaneswar.

Most of the injuries happened when residents tried to jump from the roofs out of panic, said Pradipta Mohapatra, special relief commissioner. The quake had its epicenter in the Bay of Bengal (about 70 kilometre from Paradip).

Around 75 persons sustained in Bhubaneswar and 80 people in Kendrapada, Jajpur and Jagatsinghpur districts bore the impact of the tremors. All those injured are being treated in government and private hospitals in Bhubaneswar. According to police sources, at least 20 apartments in the city have developed cracks as a result of the quake.

In Balisahipatana village in Rajnagar block in Kendrapada district, a 65-year-old woman died in a stampede when hundreds of panicky villagers came out from their houses after the quake.

“I was having dinner with my family when everything started to shake. The TV set and glasses fell off the table,” said Swadhin Das, a bank employee of Kendrapada. Many people in the port town of Paradip spent the night in the open. Some trees were uprooted in Ratnagiri and Bari in Jajpur district.

'All the people of Paradip town are on the play grounds and streets,'' said Baijayant Mohanty of Paradip who works in an NGO in the port town Paradip. In some mosques, in Kendrapada and Jagatsinghpur districts, moulavis used microphones to ask all the people to come out on Wednesday night. "Many fishermen in the seaside villages left their houses as the rumours of an imminent tsunami spread", said Arjun Mandal a fisherman of Batighar. However,on Thursday, their lives were back to normal.

About six years ago, the Odisha State Disaster Mitigation (OSDMA), United Nations Development Programme and the district administrations had labelled 34 villages of Kendrapada and 42 villages of Jagatsinghpur district as tsunami prone.

“The authorities are still not well prepared to face tsunami-like disaster in the seaside villages. It is high time they wake up from the deep slumber to save the residents of tsunami prone villages,” said Biraja Pati, a social worker and the secretary of Nature’s Club.