The eastern cougar, a subspecies of the North American cougar, has likely been extinct for at least 70 years. It was last sighted and hunted in 1938 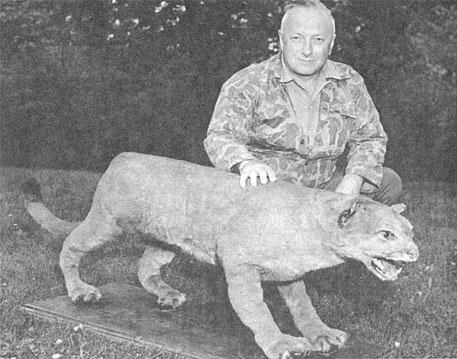 The US government’s Fish and Wildlife Service has proposed that the eastern cougar be removed from the “endangered species” list. This comes after a four-year review confirmed the extinction of the species. The eastern cougar has been listed as endangered and has warranted protection under the US Endangered Species Act since 1973.

The agency says the eastern cougar should be moved to the “extinct species” list because it has not been sighted since 1938. Cougars, also known as panthers and pumas, were once the most widely distributed land mammals in the western hemisphere. But extermination campaigns led the large wild cats to be eliminated from roughly two-thirds of their original range, officials said in a statement issued today.

“The last record of an eastern cougar was believed to be that of one killed by a hunter of Somerset County, Maine in 1938,” they said.

The Fish and Wildlife Service completed the formal review of the eastern cougar in 2011. It included information from 21 states and eastern Canadian provinces and hundreds of reports of sightings dating as far back as 1900.

“The eastern cougar (Felis concolor couguar) has likely been extinct for at least 70 years, according to a thorough review of data from researchers, states and Canadian provinces across the subspecies’ range,” said Martin Miller, the agency’s northeast region chief of endangered species. “We recognise that people have seen cougars in the wild in the eastern US. However, those cougars are not of the eastern cougar subspecies,” he added.

The department is accepting comments on the delisting plan till August 17, 2015.