Eight members of a relief team, including health workers and journalists, have been found dead in Guinea 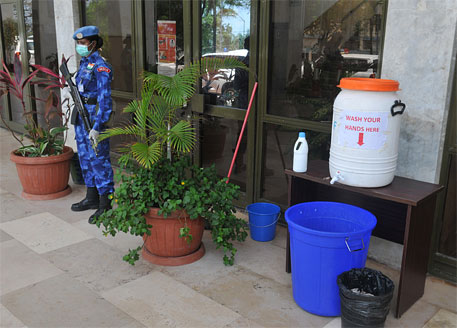 Two days after US President Barack Obama said that the current Ebola outbreak in West Africa could be a danger to global security, the United Nations (UN) has called the epidemic a threat to “international peace and security”.

The declaration was made at an “unprecedented” emergency meeting called by United Nations Security Council (UNSC) and attended by 130 countries. The UN Secretary-General Ban Ki-moon announced that the organisation will deploy a new emergency health mission to combat one of most horrific diseases on the planet that has shattered the lives of millions.

The Secretary-General, however, made it clear that the mission’s effectiveness will depend crucially on support from the international community. “Our best estimate is that we need a 20-fold increase in assistance,” he said. The United Nations this week outlined a set of critical needs totalling almost $1 billion over the next six months.

According to World Health Organization (WHO), the virus has made more than 5,300 people sick, mainly in Guinea, Sierra Leone and Liberia, and killed more than 2,600.

Emphasising that the current reports that show that more than 5,500 people have been infected by Ebola and more than 2,500 killed by it in West Africa are “vast underestimates”, said Margaret Chan, director-general of the WHO. “The fact that the United States, United Kingdom, China, Cuba and other countries are using a variety of assets, including military, speaks of the complexity of the challenge,” she said.

In a related development that could be seen as an example of how the outbreak could be a security threat to those who are lending a helping hand in the crisis, eight members of a team, including health workers and journalists, have been found dead in Guinea. “The three doctors and three journalists disappeared after being pelted with stones by residents when they arrived in the village of Wome - near where the Ebola outbreak was first recorded,” says a BBC report.

It has been widely reported that the citizens of affected countries distrust health officials and often refuse to co-operate with them. Ebola is also a social stigma in the region and many fear that a diagnosis means certain death.

Ebola then and now

Mapping the zoonotic niche of Ebola virus disease in Africa