Ebola can still spread to other parts of world: UN top official

6,928 people have already died from Ebola and more than 16,000 have been infected 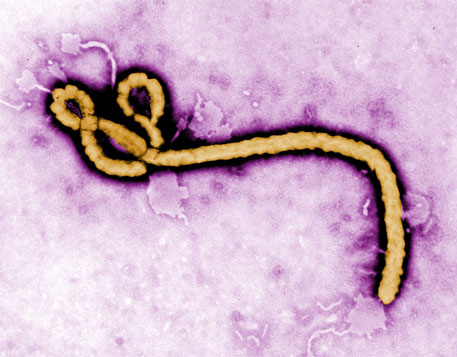 There is still a “huge risk” of Ebola virus spreading to other parts of the world, says head of UN Ebola response mission in West Africa.

Tony Banbury told BBC, “There is a huge risk to the world that Ebola will spread. It may spread around this sub-region, or someone could get on a plane to Asia, Latin America, North America or Europe... that is why it is so important to get down to zero cases as quickly as possible". Banbury was speaking in Freetown in Sierra Leone. Freetown is one of the worst affected areas.
Banbury refused to comment if targets he had set in the fight against Ebola had been met.

In October, Banbury had said that by December 1, “70 per cent of all those infected by the disease must be under treatment and 70 per cent of the victims safely buried if the outbreak is to be successfully arrested.”

The World Health Organization (WHO), in its latest report on November 29, said at least 6,928 people have already died from Ebola and more than 16,000 have been infected.
Around 200-300 people are dying every week. Guinea, Liberia and Sierra Leone are by the far the worst-hit countries.

Meanwhile, the WHO announced on Sunday that the Ebola virus can remain in the sperm of infected human for 82 days.