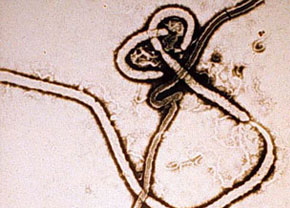 The deadly Ebola outbreak that began in February this year and has claimed more than 700 lives in three countries in West Africa is now spreading. The present outbreak, believed to have been caused by the Zaire strain (the deadliest of six known Ebola strains), is officially the longest and largest outbreak of the disease ever.

With Nigeria recording its first death last week when a US citizen died after arriving on a flight from Liberia, the deadly hemorrhagic fever has now marked its horror in four countries—Guinea, Sierra Leone, Liberia and Nigeria. Of these, Sierra Leone has the highest number of cases recorded in the present outbreak.

On Friday, World Health Organization, decided to launch a $100 million response plan and said that the agency is in talks with donors and international agencies to send more medical staff and resources to the region. According to international health agency, the death toll as of Thursday stood at 729 and 1,300 people had been affected.

"The scale of the Ebola outbreak, and the persistent threat it poses, requires WHO and Guinea, Liberia and Sierra Leone to take the response to a new level, and this will require increased resources," said Margaret Chan, director general of WHO. The official added that the outbreak is spreading quickly and the consequences could be "catastrophic" if greater efforts to control the outbreak aren't put into place now.

Last week, Sierra Leone had announced a series of emergency measures, to initially last 60 to 90 days. "Sierra Leone is in a great fight. Failure is not an option," said Ernest Bai Koroma, president of the most-affected nation.

International travel alerts issued
Liberia has put in place measures including the closure of all schools and a possible quarantine of affected communities. Nigeria has also announced that all passengers travelling from areas at risk would be temperature-screened for the virus. A report from Reuters said that Ghana was introducing body temperature screening of all travellers from West African countries at Accra airport and other entry points. Authorities there are monitoring 11 passengers who disembarked from Sawyer's flight.

A report in Hindustan Times said India refrained from issuing a travel warning following a health ministry risk-assessment meeting on Friday, which concluded that the armed forces deployed as UN peacekeepers in the three worst-affected countries –Liberia, Sudan and Congo – were a bigger concern than travellers because there are no direct flights from these countries.

In an interview with The Times of India, Peter Piot—the scientist who discovered Ebola about 28 years ago—said that the first thing health officials in India should do if they found anyone with early symptoms of Ebola (like fever, headache, vomiting, diarrhoea, which are so common), is to ascertain where the person had been in the last month. 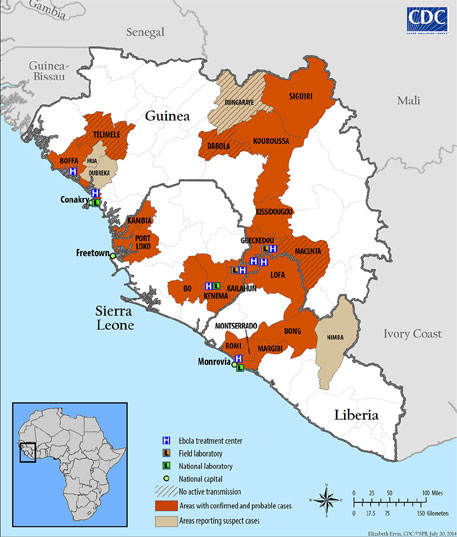 US holds its breath
The disease kills up to 90 per cent of those infected, though the fatality rate in the current epidemic is running at around 60 per cent.

On Friday, suggested various reports, US’ Emory University Hospital in Atlanta was planning to receive and treat two US citizens who were sick with the Ebola virus and would be arriving there on Saturday. While the authorities were confident that they would successfully treat the infected, Americans fretted about their safety as international health officials warned that the deadly outbreak is spreading out of control in Africa.

The US’ Center for Disease Control and Prevention (CDC) on Thursday issued a travel advisory against non-essential travel to Guinea, Liberia and Sierra Leone in an effort to curb the spread of the Ebola outbreak. CDC also announced that it would send an additional 50 health experts to help efforts to control it. In another measure to help doctors fight the disease, it posted a guide explaining how hospitals should manage Ebola patients.