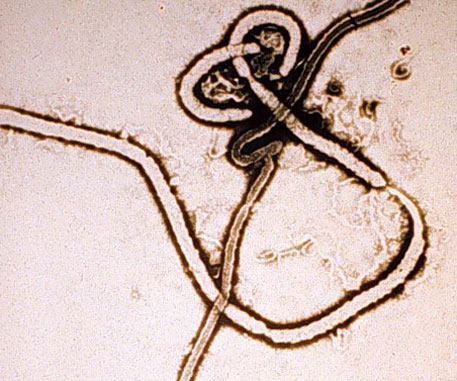 Scientists in France who first identified the Ebola outbreak last March have warned that the virus causing the disease has mutated. The scientists at Institut Pasteur are now investigating if the Ebola virus could have become more contagious and are starting to analyse blood samples from Guinea.

The current Ebola outbreak, the most deadly and prolonged outbreak so far, has claimed around 8,800 lives and has infected over 22,000 people in Guinea, Sierra Leone and Liberia and has left the economies of these countries and its people devastated. In previous Ebola outbreaks, the virus has only infected a few dozen people and died out within weeks.

Scientists say that in the current outbreak some people may even carry the virus without showing symptoms, leading it to spread more rapidly. “We’ve now seen several cases that don’t have any symptoms at all, asymptomatic cases,” human geneticist  Anavaj Sakuntabhai from Institut Pasteur, was quoted as saying by Time. “These people may be the people who can spread the virus better, but we still don’t know that yet. A virus can change itself to less deadly, but more contagious and that’s something we are afraid of.”

But Jonathan Ball, a virologist at the University of Nottingham, s has been quoted by BBC as saying it's still unclear whether more people are actually not showing symptoms in this outbreak compared with previous ones. "We know asymptomatic infections occur… but whether we are seeing more of it in the current outbreak is difficult to ascertain," he said.

Ebola is an RNA virus — like HIV and influenza — which have a high rate of mutation. That makes the virus more able to adapt, making it more contagious.

Meanwhile, fewer than 100 Ebola cases have been reported in West Africa in the past one week, says WHO, while adding that the outbreak is now on the decline.