Growth in sub-Saharan Africa to slow down in 2016

The fall in commodity prices caused a significant shock for a region for which commodities make up a large share of exports, the report said 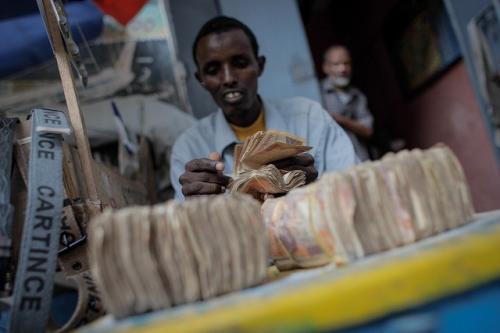 The World Bank recently said that economic growth in Sub-Saharan Africa would slow down to 2.5 per cent in 2016, from an earlier estimate of 3 per cent in 2015.

It cited low commodity prices, tightening global financial conditions, and drought in parts of the region as the reasons for the slowdown. According to the latest report called, ‘Global Economics Prospect June 2016’, the recovery is expected to strengthen to an average of 4.1 per cent in 2017-18, but that depends on the improvement of the region’s largest economies (Angola, Nigeria and South Africa) and stabilization of commodity prices. The average growth is projected to slow further to 2.5 per cent in 2016, reflecting low growth among oil exporters.

The fall in commodity prices caused a significant shock for a region for which commodities make up a large share of exports, the report said.

Rwanda and several countries in the East African Community (Ethiopia, Tanzania) grew at about 7 per cent or more, supported by infrastructure investment, construction, and expanding services.

Raising concerns over the slowdown, the report said that investment growth is expected to slow across the region in 2016, particularly among oil and mineral exporters. On the other hand, in low-income, non-oil commodity exporters, public-private partnerships, donor aid  and financing from Chinese entities could allow governments to continue with their public infrastructure programmes.

Nonetheless, the report said that the risks to the outlook remain tilted to the downside, including further decline in commodity prices, delays in adjusting to the negative terms-of-tradeshocks, and political and security uncertainties..

A sharper-than-expected slowdown in major trading partners could further lead to a reduction or cancelation of planned investment projects. The report also said that a worsening of drought conditions would dampen growth in agriculture, and accentuate inflationary pressures through higher food prices.

Highlighting the policy challenges, the report said that most countries need to come up with ways to build new sources of growth and adjust to low commodity prices. It also suggested having tighter monetary policies, though it could have adverse impact on the private sector.

Rebuilding policy buffers was also a recommendation suggested by the World Bank report. “For most countries, this would require measures to rationalize current expenditure, particularly the wage bill, and improve public financial management and the quality of spending,” the report said.

On a positive note, the report acknowledged that regulatory improvements enhanced business activity across the region in 2014-15. It said that reforms in energy and trade, enhancing the quality of education, and a more inclusive financial sector were critical for the region’s growth and to reduce extreme poverty.