What does Union Budget 2021-22 mean for students, farmers, migrants, health workers? Not much

What was expected in a time of crisis were bold decisions. But finance minister Nirmala Sitharaman decided to play it safe 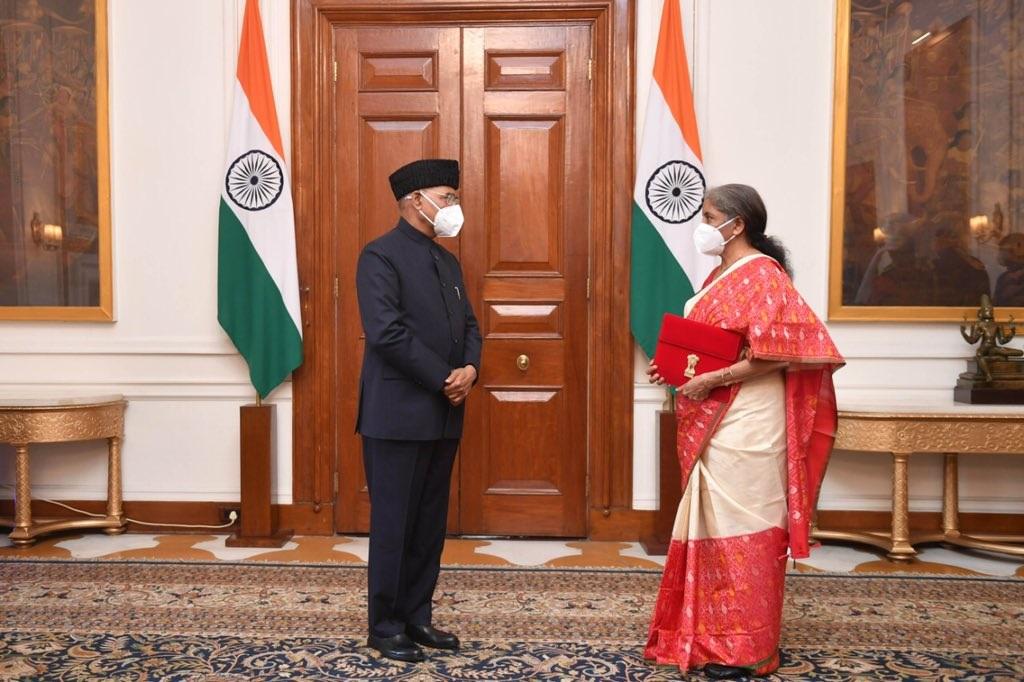 The Union Budget 2021-22 had to bear a unique burden of expectations. The economy, which has been slowing down in the past years, is expected to shrink by 7.7 per cent in 2020-21, the sharpest decline since 1952. The novel coronavirus disease (COVID-19) pandemic has also resulted in huge loss in employment, increased hunger, malnutrition, destitution and poverty. The added challenge is that even the tax revenue collections have taken a beating since the pandemic began.

What was expected in such a time of crisis were bold decisions to significantly increase government spending, particularly in sectors that directly benefit the disadvantaged population groups. Union finance minister Nirmala Sitharaman, instead, decided to play it safe.

“The central message the budget conveys to the people of India is that they will have to be atma nirbhar because they are on their own,” said Jayati Ghosh, professor of economics at the University of Massachusetts Amherst, US.

The Centre did not provide any fiscal stimulus in the fiscal year until December — it spent only 5 per cent more than in the previous year, which is less than the inflation rate. By contrast, some countries have seen massive increases in public spending, by 25-50 per cent, and even more, in the year of the pandemic.

“When you see this in the backdrop that the country had one of the strictest lockdowns in the world and has mostly informal workers who have no protection, this absence of stimulus is shocking,” said Ghosh.

R Ramakumar, professor, Centre for Study of Developing Economies, Tata Institute of Social Sciences, Mumbai, said that this measly stimulus package could be understood as the government's attempt to keep the fiscal deficit low at a single-digit figure of 9.5 per cent. He said:

“If the government had spent more during the pandemic or not cut expenditures across the board in 2020-21, its fiscal deficit would have been more than 11 per cent this year. We need to remember that the government alone has the resources to revive the economy by giving more to the people. Instead, it chose to go on an austerity drive.”

The reason for the increase in fiscal deficit from 3.5 per cent to 9.5 per cent, Ramakumar added, is not due to spending during the pandemic as the government would want us to believe, but a major fall in revenues and a poor and non-transparent management of budget books in the past.

Of the Rs 4.4 lakh crore increase in this year’s budget spending over the last one, Rs 1 lakh crore is due to the interest payments and Rs 1.35 lakh crore is subsidy to the Food Corporation of India and fertiliser companies.  “Thus the much-required fiscal stimulus is fairly muted, unlike what the budget number tends to claim,” pointed out the ‘Budget in Time of Pandemic’, a report published by Delhi-based public policy think tank Centre for Budget and Governance Accountability (CBGA).

Not a child's play

This, in part, explains why the budget has little for children. “While the budget speech hailed ‘education for all’ as part of the government’s ultimate goal of Atma Nirbhar Bharat, the sector does not get enough support,” said the CBGA report.

The education sector received 6.13 per cent less funds than last year. This is largely on account of an 8.3 per cent reduction in school education budget. This is surprising as UNESCO estimates 320 million children in the country have lost an entire year because of the pandemic.

For a young and ‘human resource-rich’ country like ours, the only possible way that we can safeguard ourselves against such calamities in the future is by creating stable educational and income infrastructure for the young.

The apathy can also be seen in the way the government handled the issue of child nutrition.

The government dismantled the umbrella Integrated Child Development Services programme in this budget and merged four of its flagship schemes (Anganwadi services, POSHAN Abhiyan, Scheme for Adolescent Girls and National Creche Scheme) under the new Saksham Anganwadi Mission POSHAN 2.0. The new mission, however, has received 18.5 per cent lower allocations than what the four schemes combined received in the last budget.

Apart from children, the budget has overlooked frontline workers, be it the anganwadi or the ASHA workers. All frontline health workers, except for Auxiliary Nursing Midwives, work on an honorarium basis.

“The budget offered a wonderful opportunity to bring the 2.5 million anganwadi workers or helpers on government payrolls or at least announce that they should receive minimum wages as acknowledgment for the commendable job they carried out of tracking and tracing during the pandemic. It is a willful policy negligence on part of the government,” said Nilachala Acharya, Director-research at CBGA.

Farmers have also been sidelined despite their desperate bid to get the attention of the government just before the announcement. This is surprising as it was the penultimate budget before the deadline for the promised doubling of farmers’ income by the Prime Minister in 2016.

The total allocation for 2021-22 was Rs 1.23 lakh crore, compared to Rs 1.16 lakh crore in RE 2020-21 and Rs 1.34 lakh crore in BE. The issue of Minimum Support Price (MSP) has remained contentious. The protesting farmers had demanded its legal sanction while the government had earlier reassured them verbally that the MSP regime is here to stay.

Market Intervention Scheme and Price Support Scheme (MIS-PSS) and Pradhan Mantri Annadata Aay Sanrakshan Abhiyan (PM-AASHA) have seen continuous reduction in the last two years. The allocation under MIS-PSS for 2021-22 (Rs 1,500 crore) fell 25 per cent from this year and was half of 2019-20. Similarly, allocation under PM-AASHA came down to a mere Rs 400 crore in Budget 2021-22 from Rs 1,500 crore in 2019-20.

“Other than that, there is only stagnation or decline in many other scheme allocations like for crop insurance, interest subvention subsidy and even PM-KISAN (a direct benefit transfer scheme for farmers),” said Sukhpal Singh, professor, Centre for Management in Agriculture, IIM Ahmedabad.

These kinds of maneuverers will possibly push the farm sector towards greater debt and fiscal distress which in a pandemic year can only translate into a further distressed economy rather than a morale boost ro revive it.

It is no revelation that the unorganized sectors are the hardest hit in the chaos unleashed by the COVID-19 scare. Most of the migrant workers have been forced to oscillate between their rural homes and their urban workplaces. Since some portion of the rural economy is also linked with their income in the urban sectors, it has also been destabilized.

This is a story that has gained a lot of attention in the domestic and the international media. The government seems to have missed some of these headlines though. Many a nation has helped their poor through direct or indirect financial aid but we can’t count ourselves among them.

During the pandemic, the Centre rolled out three fiscal measures: transfer funds to states to aid the returning migrant population, increase the budget for Mahatma Gandhi National Rural Employment Guarantee Act (MGNREGA) and introduce one nation, one ration card scheme.

Theoretically, the migrant workers could get their ration from any fair price shop through their ration cards. But since the majority of migrant workers live in slums or shanties, they do not have facilities to even store the bulk food grains in their houses for a month. They purchase small quantity of food items and consume it daily.

“The Centre last year was only issuing advisories and passed on the responsibility to the states,” said Acharya.  “The budget is also completely silent on the issue of migrant population. What was expected was a better estimation of the numbers of migrants so that adequate policy response and aid could have been formulated.”

This could have been done by increasing the MGNREGA allocations so that the returning workers could have found income in their home states. This allowance, however, has been reduced. The conditions after migration back to cities also do not look very appealing for these unskilled workers as the labour laws have been relaxed to their fiscal distress.

The four labour laws that were amended and introduced after the lockdown provide significant instruments for workforce exploitation. These have not been amended. It will translate into the vulnerability of the workforce against slashing of their wages and extending their hours of work above eight hours without additional payment.

Even the announcement in the budget that all categories of migrant workers would receive minimum wages is not a big deal because the minimum wage in India was increased to Rs 160 per day in 2015 and to Rs 178 per day in 2020. This amount is too small to sustain a family of five, the average household size.

Additionally, a major portion of the migrant workers are part of the unorganised sector where the promise of minimum wages is unlikely to be implemented.

The budget has also failed to deliver much to several other important population groups, including women and minority groups. "It is silent on poultry, meat and dairy industries that are currently facing distress on the account of avian flu and the pandemic," says Ramakumar.