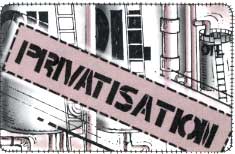 Oil is the biggest export earner and the main source of state revenue for Ecuador. In a significant move, the government has decided to increase the private sector involvement in the oil sector.

The move comes at a time when the oil sector is plagued by problems, including low international prices of crude and inadequate transport capacity, which have discouraged private sector to invest in oil business. In an attempt to double oil production, the government plans to provide greater legal security and fresh investment opportunities to the private oil companies.

Petroecuador, the state oil company, at present produces about three quarter of Ecuador's oil. The company will now be given financial and administrative autonomy. To check that it does not get an unfair advantage, its contracting role will be handed over to the energy ministry. This is being done so that it can compete with the private investors on equal terms. The government will also help companies to take advantage of existing laws allowing the private sector to set up its own industrialisation and transport facilities. The gas supply monopoly will be ended by removing import curbs on fuel. Also, the five private oil producers will build their own oil pipeline for heavy crude, to overcome the transport bottleneck in the state-owned pipeline system.