Over the years, research has shown there is an association between El Nino and deficient rainfall in India 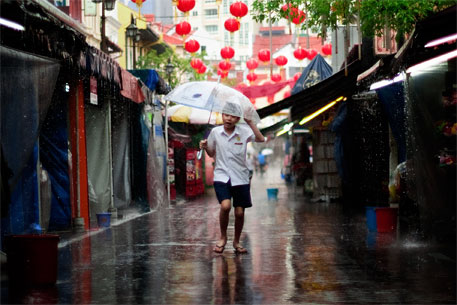 According to a few recent weather forecasts, the world is headed for an El Nino event. The recent data shown by Australian Bureau of Meteorology shows that the tropical Pacific has continued to warm in the past week and the sea surface temperatures now exceed El Niño thresholds and trade winds have remained weaker than average for several weeks.

“If these patterns persist or strengthen, El Niño will become established,” says a release by the Australian agency that has been constantly monitoring the El Nino conditions. Coming Tuesday, the bureau is expected to announce  that El Nino event is all but certain. The forecast also says that sea-surface temperatures in the central and eastern Pacific are recording anomalies of more than one degree, a combination that has not previously been seen in weekly data going back to 1991.

Before this, in April, the agency had confirmed that there was an increased chance of El Niño developing by June this year.  “There is an approximately 70 per cent chance that El Niño will continue through the Northern Hemisphere summer 2015, and a greater than 60 per cent chance that it will last through autumn,” said US agency National Oceanic and Atmospheric Administration (NOAA) in its report.

Meanwhile, according to a report published on Australian website The Age, the scientists are surprised that the build-up of unusual warmth in the eastern Pacific compared with the west is happening so early in the year. "It's quite rare – this is an interesting one," said Dr Santoso, an El Nino modeller at the University of New South Wales.

Why is El Niño so dreaded?

In typical El Niño years, the usual easterly trade winds stall or even reverse in winter or later, dragging rainfall eastwards away from Australia and also south-east Asia. Droughts tend to deepen and bushfires become common.  It generally has an adverse effect on the Indian monsoon.

El Nino/La Nina-Southern Oscillation or ENSO is an ocean-atmospheric phenomenon that occurs in a cycle. La Nina, which is one part of the cycle, is signified by a decrease of three to five degrees Celsius in sea surface temperature across the Equatorial Pacific Ocean and it is favourable for monsoons in India. El Niño, which is La Nina’s counter-phenomenon, is often accompanied by drought in India and heavy rainfall in the Pacific coast of Latin America.

Over the years, research has shown there is an association between El Nino and deficient rainfall in India. With the India Meteorological Department predicting a 35 per cent chance of “below normal” rainfall, this is certainly a cause of worry.

However, a latest report by the International Monetary Fund has said that El Nino might not have much effect in India. “Such an extreme weather condition can constrain the supply of rain-driven agricultural commodities; and reduce agricultural output, construction, and services activities,” says the report.  It also adds that the declining share of agricultural output in Indian GDP over time acts as a mitigating factor.

Europe may get colder than ever

The ill effects of an expected El Nino are not limited to Asia. "If El Nino is strong in the middle of the Pacific it could mean colder weather in Europe than during recent winters, because it tends to lead to more frequent developments of high-pressure systems which allow Arctic air to extend further south," says researcher Georg Muller in a report published by Thomson Reuters. The melting of the Arctic ice cap is another reason that could add to the chill that will be experienced by Europeans this winter.