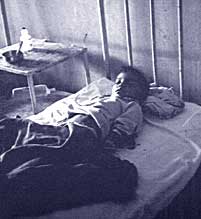 researchers at the National Institute of Immunology (nii), Delhi, have developed a vaccine against Japanese encephalitis (je), which will soon be available openly in India. Though the Central Research Institute (cri) in Kasauli also manufactures a je vaccine, the process it uses enables only a limited number to be produced. As a result, the cri vaccine is accessible to the government alone and used only at the time of a je epidemic. A viral disease transmitted by mosquitoes, je affects about 50,000 people in the country each year.

The cri vaccine consists of inactivated je virus extracted from the brains of infected baby mice. But the method is not feasible for producing sufficient quantities of the vaccine to be used for mass immunisation as it is difficult to breed the huge number of mice required. Another drawback is that the vaccine has certain proteins, which reportedly cause allergies. Also, the cri method involves killing of mice in large numbers, which is unethical.

In contrast, the technique developed by nii researchers uses cells taken from the kidney of a monkey. These cells are then cultured and inoculated with the virus. When tested on mice, the nii vaccine was found to be 100 per cent effective whereas the efficacy of the cri vaccine was 84 per cent.

The nii vaccine has been developed using an Indian strain of the je virus isolated from a patient in Vellore. It has been found effective against other strains of je virus as well.

Clinical trials have to be carried out before the vaccine is marketed. "We estimate that the whole process of scaling up (the technology) and clinical trials would take around three years," says V K Vinayak, a consultant with Panacea Biotec, which has bought the technology from nii. "The resulting vaccine is likely to be cheaper to produce than the vaccines available worldwide," says Sudhanshu Vrati, who has led the nii project.

According to Pradeep Seth, head, department of microbiology, All India Institute of Medical Sciences, Delhi, " je virus leads to a lot of morbidity and mortality. The concept used by the researchers is good and so are the results on mice." nii researchers have also developed another technique for making a recombinant vaccine using the je virus and the cold virus. This technology is now ready for transfer.