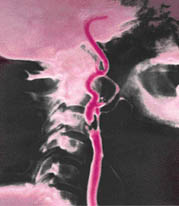 an unhealthy diet, unfavourable genes, excessive smoking and obesity are factors already known to cause heart ailments. There is now an addition to this list. Researchers say that viruses too can play an role in causing heart problems. A member of the herpes virus family, cmv had long been considered as one of the least harmful viruses to infect people. Although it does not produce any symptoms when it first infects a person and normally remains dormant, the virus can become life-threatening in those individuals who, for instance, have their immune systems suppressed by aids or take drugs to prevent the rejection of transplanted organs.

Researchers had for long suspected a link between atherosclerosis (the narrowing of vital arteries) and viral infection. Nearly two decades ago, Earl Benditt of the University of Washington in Seattle, had suggested that blocked arteries might be a sort of 'benign tumour' formed out of the smooth muscle cells lining the arteries and that the formation of these blockages might be triggered by a viral infection. In 1983, Joseph Melnick of the Baylor College of Medicine in Houston, Texas, reported that his team had detected evidence of cmv infection in fatty plaques surgically removed from patients with diseased arteries. This was an unnerving finding as cmv is widely prevalent. Studies on blood donors from around the world have revealed that possibly half the 35-year-olds and 60 to 70 per cent of 60-year-olds carry the virus.

Significantly, certain recent studies lend force to the proposition that cmv could play an important role in blocking arteries. In one particular study conducted by Javier Nieto of the Johns Hopkin University in Baltimore, blood samples collected in 1974 were analysed. Over 4,000 people of Maryland's Washington county had samples of their blood banked and frozen. More than two decades later, these samples helped researchers ascertain the connection between arterial blockages and cmv infection. Nieto selected 300 of the surviving donors for the test. Half the candidates were individuals who had shown no cardio-vascular symptoms at the time of collection of the samples but had subsequently developed thickening of the inner linings of their carotid arteries. Carotid arteries are those which carry blood to the head and neck. The other half had also failed to manifest any symptoms at the time of sample collection, but served as age and sex-matched controls in the study because their carotid linings were intact even at the time of the study.

The procedure adopted by the study was quite simple. After performing an ultrasound to examine the individuals' arteries, their blood samples were thawed and analysed. The samples were screened for three different herpes viruses -- cmv , herpes simplex i and ii . The researchers found that cmv was the only one of the three to show any association with the undesirable thickening of the blood vessels. However, the exact mechanism as to how cmv blocks the arteries is not known.

The second study was conducted by Stephen Epstein of the National Institutes of Health in Bethesda, Maryland. Epstein studied the after-effects of balloon angioplasty and analysed cmv 's possible role in the recurrence of blockages. Angioplasty is a pro cedure designed to widen clogged arteries. The treatment is not always successful and 20 to 50 per cent of the arteries thus treated, begin narrowing again within six months, a process known as restenosis. Epstein and his colleagues suspected that prior cmv infection was partly to blame for this. To test their hypothesis, the researchers screened 75 patients for the presence of cmv antibodies before they underwent angioplasty for unclogging their arteries. The rate of restenosis, six months later, was more than five times greater in those who had tested positive for cmv antibodies than in those who had not. The implications of the second study are however, unclear. Should patients carrying cmv go for bypass surgery instead of balloon angioplasty? Researchers say that only further research can answer that.

Scientists feel that "Even though the findings are not proof of cause and effect, they make the possibility of cmv involvement more plausible." Finally, will an ante-herpes vaccine reduce the risk of heart disease? Though Epstein and his colleagues have initiated research to design a vaccine, no immediate results are expected.