‘If Agenda 2030 is not achieved, the world faces threat to stability’

Several businessmen, investors and experts are of the opinion that energy transition is the key to keeping the world peaceful and stable 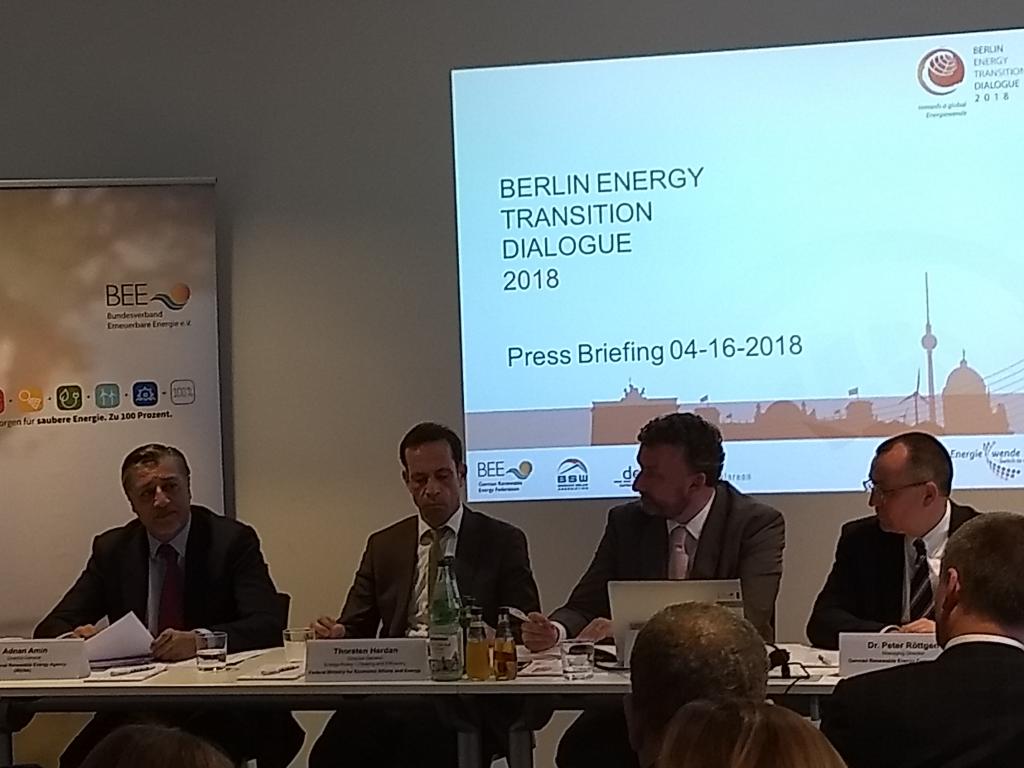 Experts, businessmen and investors gathered for a two-day Berlin Energy Transition Dialogue (BETD) 2018 in the German capital in April.

The world is going through an energy transition as new sources and technologies are continuously putting pressure on traditional ones. Since every country in the world has certain targets when it comes to controlling carbon emissions, renewable energy automatically becomes the future. But, the nature of change is still evolving as new technologies with potential to smoothen transition are appearing and effective policies and investments that are core to the whole change are being framed.

To discuss all such details, experts, businessmen and investors gathered for a two-day Berlin Energy Transition Dialogue (BETD) 2018 in the German capital in April. They discussed a number of issues including modern technology like blockchain, carbon pricing, off-grid system, energy markets in times of transition and many more.

Experts present at the two-day dialogue stressed on the fact that energy transition is the truth and everybody has to admit it. During these discussions, many policy makers, investors, and businessmen said they run the risk of missing the tipping points in energy transition. Like, Kingsmill Bond, from Carbon Tracker Initiative, said politicians who ignore energy transition may render their country “irrelevant”.

Taking the leadership role in the ongoing energy transition, Germany had not only set a deadline to phase out coal but had also emphasized on international cooperation to help make a fast and smooth shift from fossil fuel to renewable energy.

German Energy Minister Peter Altmaier, at the inaugural speech, said Germany has decided to reduce the use of electricity generated through fossil fuel/coal by half till 2030 to meet the commitment under the Paris Agreement. “If we fail to implement Agenda 2030, we will be facing a threat to our stability and peace,” said Altmaier.

He was seconded by German foreign minister Heiko Maas, who said energy transition is not sufficient but necessary for the world since those producing renewable power will be less dependent on those exporting fossil fuels.

Maas also urged all countries to come together to fight the global climate change since the world does not have endless time and climate change has already threatened the livelihoods of millions while forcing people to leave their homes.

The dialogue showed that the world community is wholeheartedly moving towards renewable energy. Adnan Amin, director general of International Renewable Energy Agency (IRENA) claimed that by 2050, share of renewable energy in all countries will be 40 per cent and in few countries it will go up to 60 per cent.

About the changing world in terms of shift towards renewable energy, he added that even an oil producing country like Saudi Arabia had signed an agreement with Japan SoftBank to establish 200-GW renewable infrastructure by 2030.

The IRENA also published two reports on global energy transformation and renewable energy to give an overview of trends. These reports have shed light on issues like how much effort is needed to control the increasing temperature of the Earth.

One of the reports says that in 2017, 167 GW of renewable energy capacity was added globally, a growth of 8.3 per cent over the previous year and a continuation of previous growth rates since 2010 averaging 8 to 9 per cent per year, but costs of solar cells and windmills continue to fall.

Another development was the Global Commission on the Geopolitics of Energy Transformation announcing it members. The commission, which was launched in January during the Assembly of IRENA, has former President of Iceland Olafur Grimsson as the chair of the commission. The commission also met for the first time during the BETD to establish a roadmap towards development, an authoritative report that will be released during IRENA’s next Assembly in January in Abu Dhabi.