Australia's energy sector is in critical need of reform 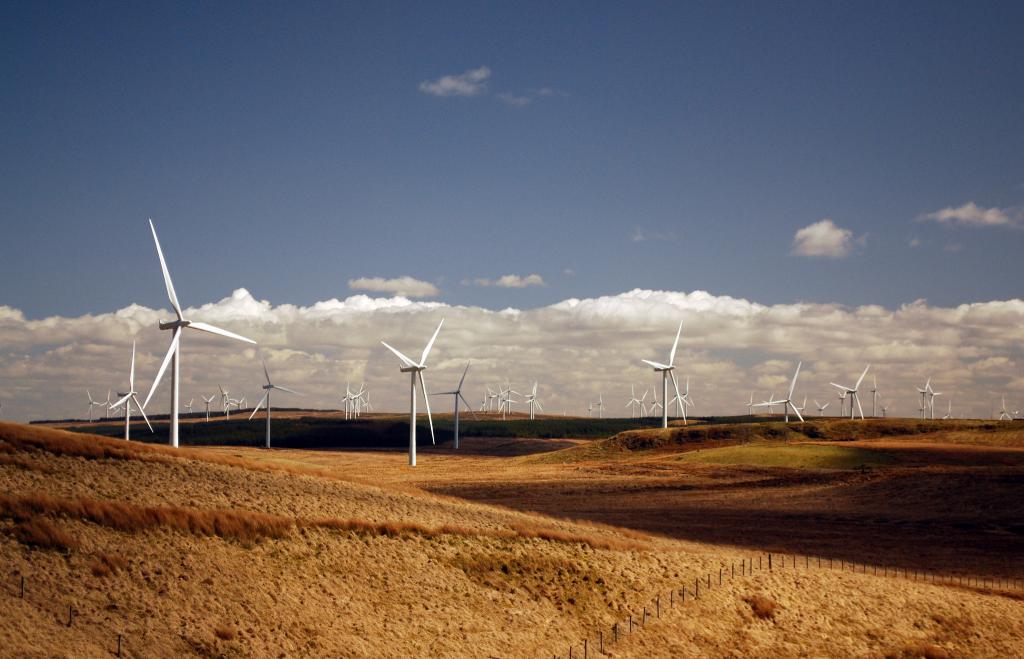 A federal election is an opportunity to take stock of how Australia is doing, where it’s going, and what governments can do about it. This series, written by program directors at the Grattan Institute, explores the challenges that Australia faces and advocates policy changes for budgets, economic growth, cities and transport, energy, school education, higher education and health.

Over the next few decades Australia, like many countries, faces the prospect of an energy transformation that will challenge every aspect of stationary and transport energy: from production, transmission and distribution to consumption and exports.

The ultimate imperative is to move our economy to a low-carbon footing, while ensuring that consumers don’t pay unnecessarily high costs. The COAG Energy Council, the decision-making body of federal and state energy and resources ministers, formally recognised the critical connection between energy and climate policy last July. Later that year the world’s governments brokered the Paris climate agreement, with Australia promising to cut emissions to 26-28% below 2005 levels by 2030.

Yet this need for wholesale transformation has emerged at a time when Australia’s policy structures are already struggling to maintain the delivery of affordable and reliable electricity, after the reforms of the 1990s lost momentum in the 2000s.

It also comes at the end of a three-year period in which the Coalition government’s actions to address these challenges made modest progress at best. Tony Abbott’s administration repealed the carbon price, wound back the Renewable Energy Target and established the Emissions Reduction Fund (ERF), which has contracted for more than 100 million tonnes of CO₂ emission reductions at less than A$14 per tonne. But it largely sidestepped the reforms needed to address emerging energy trends such as low demand growth, the rise of distributed wind power generation, the boom in domestic solar power and the dramatic growth of coal seam gas.

The upshot was that 2013-16 has left the energy industry with huge uncertainty about what is in store, at a time when it craves reassurance more than ever.

This leaves the new government with three key priorities. As elsewhere, its capacity to deliver will be constrained by the reality of the new parliament.

The first priority will be to build on its current climate change policy to create a stable, long-term approach that will lead the transition to a low-emissions economy. The government will be able to do this through a combination of administrative action and bipartisan support.

The second priority is to revive energy market reform through the COAG Energy Council. The third is to maximise the value of Australia’s gas resources and ensure continuity of supply.

These are not politically partisan issues but they do require galvanising cooperation across state and territory governments.

In addition, the government should develop a renewed reform agenda for the COAG Energy Council – one that addresses all these issues with a focus on outcomes, rather than being mired in process as it has been so far.

For most of this century Australia has lacked a credible, long-term climate policy. Instead we have had toxic debate, policy bonfires and a mishmash of unstable and unpredictable federal and state policies that have threatened industry investment, not to mention the environment itself.

Existing government policy (the ERF and its new safeguard mechanism, plus the reduced Renewable Energy Target) is likely to be enough to meet Australia’s 2020 emissions target – a 5% reduction on 2000 levels by 2020 – but far from enough to meet the stronger 2030 target, or indeed to get us to zero net emissions thereafter.

An economy-wide carbon market is the best way to cut emissions and meet Australia’s targets without excessive cost to the economy. But in the absence of the political will to implement this, we must work with what we have.

The government should therefore strengthen the safeguard mechanism, which puts pollution limits on 140 of Australia’s biggest-emitting businesses, so that it becomes an effective market mechanism. This approach has the potential to gain the bipartisan support that energy companies seek as they consider investments in long-lived assets.

Technologies that might produce plentiful low-emission electricity will still be expensive and risky in the short term. To overcome these market barriers, the government will need to expand its existing clean energy research funding to reduce the costs of moving to a low-emissions economy.

Energy market reform began in the early 1990s but stalled in the 2000s. Privatisation became politicised and governments baulked at introducing electricity prices that more closely reflect the costs of producing power. Meanwhile, prices climbed by 60 per cent in real terms for all customers.

The government should work through the COAG Energy Council to push for network privatisation and tariff reform, with the goal of delivering fairer and cheaper electricity bills.

The process for defining the costs that networks can recover from customers takes too long and encourages networks to overspend. It must be overhauled.

Second, governments must decide who will pay for surplus network infrastructure that was built to meet overly cautious reliability standards and exaggerated demand forecasts. This “gold-plating” is one of the main causes of power price rises over the past decade.

Network infrastructure has been built to meet the peak demand that occurs only once every summer in most states, yet customers are charged on their year-round use. Pricing to reflect the cost of meeting this peak would make electricity prices fairer and cheaper for all consumers in the long term.

Federal and state governments have agreed to introduce new network tariffs from the start of 2017. But progress is slow, as the losers from policy changes have loud voices that have deterred risk-averse state ministers.

This lack of tariff reform is one of the factors (alongside the large subsidies on offer) that have prompted so many Australian households to install solar panels. By our analysis, the benefits have fallen far short of the costs so far.

Yet as solar panels and battery storage continue to get cheaper, cost-reflective network tariffs will encourage consumers to combine them fairly and effectively.

Since its creation in 1998, the National Electricity Market has helped to provide affordable, reliable and secure electricity supplies. But now it faces new challenges that were not envisaged when it was established.

Thanks to the surge in household solar and other factors, more and more electricity is now generated at zero or even negative marginal cost. A similar situation in European markets has led to serious financial losses for major energy companies in Germany. This is forcing governments in Britain, Germany and elsewhere to introduce supplementary markets for generation capacity even if it is not used.

Although Australia is not yet in this situation, the government should initiate a review of the National Electricity Market to avoid such threats arising.

Opening the east coast domestic gas market to international buyers has pushed up prices. These pressures are exacerbated by the lack of progress toward a transparent and liquid wholesale market and by patchwork regulation of unconventional extraction such as fracking.

The government should lead the implementation of recommendations from the recent Australian Competition and Consumer Commission’s East Coast Gas Inquiry to create a more effective and efficient market. Reverting to protectionism by reserving a proportion of gas for domestic use is not the answer; in the long run this would reduce the availability of domestic gas and drive up prices, while also reducing export revenue.

A recent review of how Australia’s energy markets are governed identified problems with the COAG Energy Council and the operation of the government agencies that implement its decisions.

In a way this serves as a neat illustration of the problems facing the government if it is going to get energy policy right. Governance, rules, regulations and policy settings are desperately dry issues. But if Australia gets them right, the problems people really care about – like expensive energy bills and climate change – will be much easier to solve.