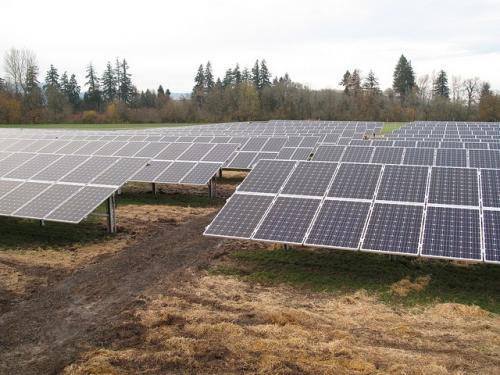 The Delhi government on Monday rolled out its first-ever policy for solar energy with an aim to make it a solar city. The draft policy was released for public comments on September 2015 and approved by the cabinet chaired by Chief Minister Arvind Kejriwal on Monday. Implementing such a comprehensive solar policy for Delhi is one of the 70-point agenda of the Aam Aadmi Party. The policy aims to add around 1,000 MW of solar power by 2020 and 2,000 MW by 2025.

As of February 2016, Delhi has installed nearly 12 MW of solar plants and ranks second in the northern region after Punjab. The new policy aims to add 30 MW in 2016 and the annual capacity addition is set to increase every year till 2020 and decrease after that.

Among all the state solar policies, the Delhi government in its new policy has introduced two new sub-categories of net metering called group and virtual net metering.

In group net metering, a consumer owning several buildings within the same discom territory can virtually group the rooftop space of individual buildings and treat them as a single net metering connection. The purpose of this is to maximise the utilisation of rooftop spaces in the National Capital Territory (NCT) of Delhi. Consumers, who do not own an exclusive rooftop space, can collectively build a solar system and be a partial owner of the benefits which is called virtual net metering.

The NCT of Delhi is a space-constrained region where ground mounted solar plants do not come into the picture. Since most of the residents in Delhi stay in apartments with shared rooftops, these two net metering models will suit Delhi conditions.

Graph created by the author. Data source has been taken from the policy document.