In a panic to meet its solar energy target Karnataka changed its policy. The move has almost destroyed the initiative 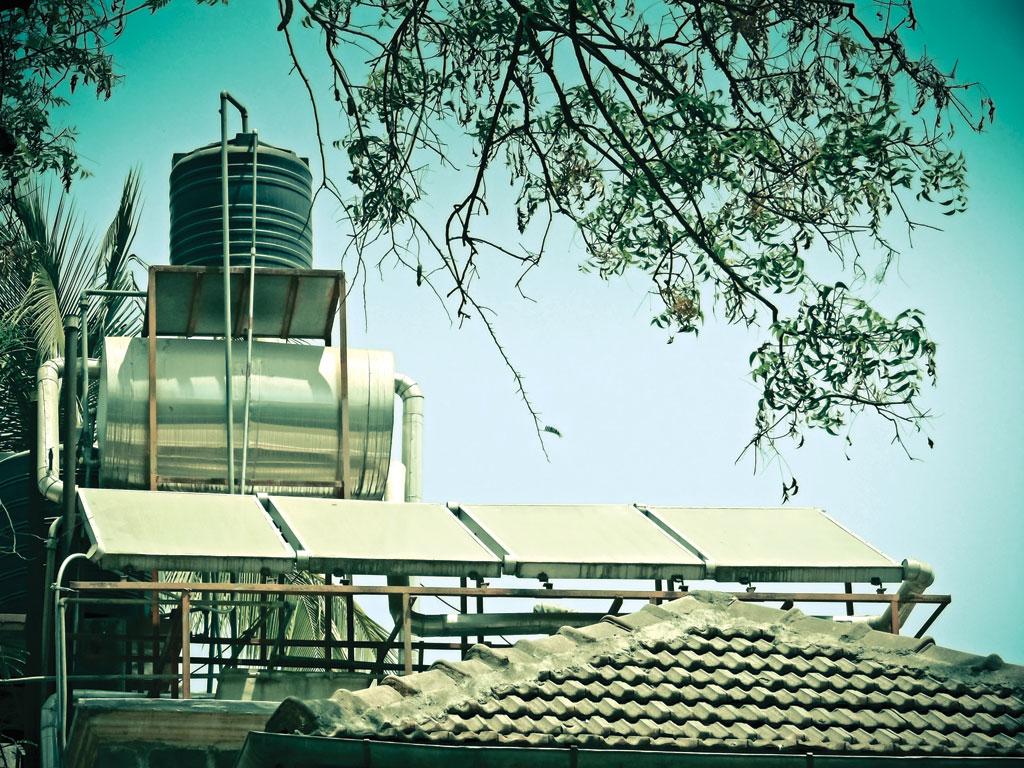 Karnataka plans to increase its rooftop solar power production to 400 MW by 2018 from the current 19 MW (Source: ISTOCK PHOTO)

The thought behind Karnataka’s move was noble, but the execution was shoddy. When the state announced its solar policy on May 22, 2014, and declared that its target was to produce 400 MW of power from rooftop solar panels by 2018, the decision was hailed as ambitious but praiseworthy. It, however, did not make much impact. In December 2015, the state government changed the policy and opened up the sector. Within just five months, it signed agreements for installing solar panels to produce 1,556 MW. But the decision also generated controversies, court cases and discontent among the public.

Karnataka has five power distribution companies, or discoms, that are allowed to sign power purchase agreements (PPAS) with anyone who wants to install rooftop solar panels and sell the power produced to the grid. Realising that PPAs for only 5 MW had been signed since the policy was announced, the state government issued a notification on December 10, 2015, which said that PPAs can even be signed for buildings that are “under construction”. The rate at which power can be sold to the grid was kept at Rs 9.56 per unit, as per an order issued in October 2013. The rate was the highest in the country at that time. As a result, by May 2016 the state received 5,631 proposals for PPAs, of which 3,494 were signed. However, power production under most of them has not started, and on September 23, 2016, the total installed rooftop solar power capacity of the state was just 19.36 MW.

On March 23, the issue was raised in the Karnataka Assembly by the Opposition parties who said that PPAs had been signed for much more power than what the target was and the rates at which the solar power is being bought are so high that the government is bound to incur huge losses. Following this, the state government asked all the discoms to stop signing PPAs and the Karnataka Electricity Regulatory Commission (KERC) lowered the rate to Rs 7.08 per unit. A vigilance inquiry was ordered on May 21 and notices were sent to all owners who had signed PPAs using the “under construction” clause. On July 6, D K Shivakumar, the state’s energy minister, told the media that the executive engineers who had cleared PPAs for buildings/structures whose construction had not even started were to be blamed. “They have worked with mala fide intentions to help some land developers and private power producers,” he said, announcing the suspension of nine executive engineers and threatening to suspend 50 more.

The government said that PPAs require a Revenue Register (RR) number, which is a unique number given to a building whose construction is complete. Signing a PPA with false RR number or not providing one makes the PPA invalid. On preliminary inquiry, the government noted several violations, like PPAs being signed without RR numbers or two or more agreements being signed for the same premises.

The worst sufferers in the entire controversy are the people who signed PPAs and made huge investments. One such person is Chinnappa Sorgavi, a farmer in Bagalkot district of Karnataka. He had planned to build a greenhouse with solar photovoltaic rooftop and applied for the approval of a 499 kW connection to Hubli Electricity Supply Company (HESCOM), the area discom. After a preliminary feasibility study, HESCOM officials signed a PPA with Sorgavi. On July 11, Sorgavi received a notice from HESCOM that his PPA was fraudulent because the information he had submitted was false. “HESCOM had thoroughly examined my site. Only after that the discom signed the PPA. I don’t understand how am I trying to cheat them?” asks Sorgavi.

Similar is the case of N G Santhosh, a software engineer in Bengaluru. Santhosh wanted to start a poultry farm in the outskirts of the city on a piece of land owned by his mother. His mother signed a PPA with Chamundeswari Electricity Supply Corporation Limited and Santhosh made investments to make the land shade-free and the terrain levelled. These are not a prerequisite for poultry farms, but are necessary to set up solar panels. “I spent more than Rs 10 lakh on the farm,” he says. So when his mother received a letter from the government stating that she had cheated the discom and the agreement was not valid, Santhosh was furious. “We received the notice in July and stopped the construction,” says Santhosh. He says that they have not violated any rule. Even the executive engineers suspended say the same. “We have performed our tasks as per the government guidelines and with the permission of our superiors,” asserts one of the suspended engineers, requesting anonymity.

PPA holders say that not only are they being accused of giving false information, vigilance officials have threatened that criminal cases will be lodged against them. Many say they can either accept the cancellation of their PPA or face a criminal case. “Quite a few PPA holders in my region have accepted the cancellation of their agreement. Only a few like me have taken the issue to court,” says Sorgavi.

Whose fault is it?

The main culprit is the state’s energy department which issued the December 10 notification, say experts. Since there is no central system to connect all the discoms and to keep track of the cumulative signed capacity, the companies kept signing PPAs independently. “The whole mess is due to poor policy implementation and administration due to which both the state government and the PPA holders are incurring losses,” says Praveen Kulkarni, a solar energy expert who was appointed member of a technical committee to suggest amendments to Karnataka’s Solar Policy 2011-16 by the state government in 2013. When contacted, KERC chairperson Shankaralinge Gowda refused to comment. E-mails sent by Down To Earth on September 28 to P Ravikumar, additional chief secretary, energy department of the state government and Rajendra Cholan, managing director, Bangalore Electricity Supply Company Limited, one of the state’s five discoms, too remained unanswered.

“Rooftop solar should be an ideal solution for a country with scarce land and sources of energy that are diffused across the country. It is the adhoc policies of the government that are blocking the development of this sector in India,” concludes Chandra Bhushan, deputy director general of Delhi-based non-profit Centre for Science and Environment.