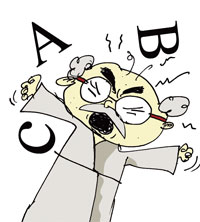 A 71-year-old man from Japan’s Gifu Prefecture has filed a lawsuit against Japanese national broadcaster NHK for causing mental distress by excessive use of foreign words that have been adapted to the Japanese language.

He says this “deluge” of words is stressing him out emotionally, and adds that it is irresponsible of the broadcaster to not use the proper native Japanese equivalents of the terms. He has filed the suit in the Nagoya District Court and is seeking 1.4 million yen (US $14,300) for “unnecessary emotional distress”. A spokesperson for NHK said that they still have to verify the content of the complaint.