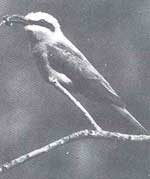 To the delight of bird lovers, the first census of birds in India was initiated in the second half of November. Bird lovers throughout the country volunteered their time to take a head count of forest birds, water birds and shore birds under a national project undertaken by the Bombay Natural History Society (BNHS).

Though annual censuses of water birds in the country have been conducted for the past six years by the Kuala Lumpur-based Asian Wetland Bureau, this is the first time other kinds feathered species are being included. Experts will make projections of the country's bird population on the basis of the physical count made by the bird enthusiasts and other parameters such as geography, rainfall and human activity in the study areas.

In the long run, the census, which will be held annually, will not only help ornithologists build up a national data bank on birds, it will also indicate ecological changes in the study areas. Integral to the study will be the code numbers developed by the late ornithologist Salim Ali for checklisting the country's bird species. Not without reason, the BNHS has named the project after him.