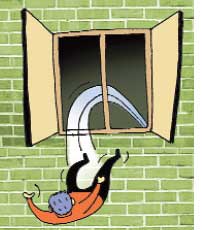 the Union Ministry of Environment and Forests (moef) will change members or heads of expert committees if any conflict of interest is perceived in clearing projects, said union minister Jairam Ramesh.

Ramesh said two of the eight expert panels would be reconstituted soon. The two panels clear mining and thermal power plant projects. The ministry has asked all expert panel members and heads to send their resumes including information on whether they are a part of any commercial enterprise.

The announcement follows complaints against PA Abraham, chairperson of the expert committee for river valley and hydroelectric projects. He was accused of clearing projects of companies on whose boards he served. Abraham resigned on June 26 after this.

Abraham was on the board of 11 companies including Lanco and Power Trading Corporation. The companies promote hydroelectric projects in Sikkim and Arunachal Pradesh. Their projects were cleared during Abraham's tenure, said Neeraj Vagholikar of non-profit Kalpavriksha, one of the non-profits that complained against the committee. Abraham denied favouring the companies.

Other controversial decisions of the committee include clearance to the 1,500 MW Tipaimukh project in Manipur that would submerge 26,000 hectares of forest; subverting the National Environment Appellate Authority ord-er for advance impact studies of multiple dams in the case of Arunachal Pradesh rivers.