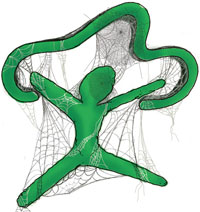 THE Union Ministry of Environment and Forests (MoEF) has failed to effectively protect the environment of the country. That’s what the Public Accounts Committee (PAC) of Parliament has highlighted in its report presented to the Lok Sabha on April 27.

The report shows serious inadequacies in the implementation of environmental programmes and in the functioning of institutions working on afforestation, biodiversity conservation, pollution control and environmental education under MoEF (see ‘Museum in a shambles’,).

The PAC report is based on the audit of the transactions and performance of MoEF by the Comptroller and Auditor General (CAG) of India for 2008-09. The audit by CAG was meant to create awareness and urgency about conservation and protection of the environment. Its report was tabled in the Lok Sabha in November 2010. PAC, chaired by BJP MP Murali Manohar Joshi, then scrutinised the audit report and obtained written replies and oral depositions from the ministry. It has asked for speedy and effective government intervention for conservation of the environment.

The rate of completion of a project under various MoEF schemes was poor, according to the PAC report. What’s more, there is little assurance that funds released were utilised for the purpose for which they were sanctioned. The report points out that between 2003 and 2008, a total of 647 afforestation projects costing Rs 59.48 crore were sanctioned by the National Afforestation and Eco-Development Board (NAEB) of the ministry. Of these, only 20 projects could be completed and only 5.65 per cent of the total Rs 47.03 crore released for all the projects were spent on the completed projects. In rest of the cases, voluntary agencies supposed to execute the projects vanished after receiving the first or the second installment.

In the name of afforestation

Seven defaulting agencies were blacklisted and booked by the ministry by filing police FIRs, but only one errant officer was booked, the report says. “The committee (members) are shocked that public money was looted in the name of afforestation and little tangible effort was made by the government to book the defaulters,” it states. In 2001, the Planning Commission fixed the target of increasing the forest/tree cover in the country to 33 per cent by 2012. However, according to the latest Forest Survey of India report, the forest cover is just 21 per cent.

On being asked why the target could not be met, the ministry defended itself by saying that prior to 2005, no target was set for tree plantation and that the scheme of afforestation was “demand driven”, though, the term as such “was not recorded in the files”.

The PAC report observes that the implementation of the national programme of afforestation cannot be left solely to the voluntary agencies and non-profits and that all the departments and agencies of the Union as well as the state governments and Panchayati Raj institutions need to be involved effectively to achieve the desired target.

It recommends that as in the case of Prime Minister’s Gramin Sadak Yojna, there should be third party monitoring of the afforestation programme, which should include geo-reference-based verification of afforestation with satellite mapping.

Biodiversity: gone for a toss

Even on the biodiversity conservation front, MoEF has failed to deliver. With more than 45,500 plant species and 91,000 animal species identified, India is one of the 17 mega biodiversity hot spots in the world. The National Biodiversity Authority (NBA), through its regional biodiversity management committees was supposed to prepare people’s biodiversity registers (PBRs) in consultation with residents with a view to compile comprehensive information on the availability and knowledge of local biological resources. In its report, PAC notes that as against the 14,000 PBRs required to be maintained, only 1,121 registers had been documented by October last year. When asked by the committee whether the lost or plundered biodiversity, which originally belonged to India, has been traced in the past 15 years of the post-globalisation era, an MoEF representative said, “The Botanical Survey of India (BSI) was able to identify only 46,000 floral species and 81,000 faunal species, which is nowhere near the total, which is in millions.”

The PAC report states: “The committee (members) are anguished to note that precious diverse bio-diversity species have been taken away by unscrupulous foreign scientists, botanists and businessmen, causing an incalculable damage to India’s bio-diversity and irretrievable loss to the national exchequer.” The report further adds that the committee “is saddened to note the pathetic performance of NBA as even after six years of its formation, it has failed to notify important regulations like access to biodiversity, transfer of research results and intellectual property rights, recruit or hire adequate number of taxonomists and set up a regular legal cell”.

PAC notes that MoEF had no information regarding the intellectual property rights granted outside India on many biological resources obtained from India. It recommends NBA should urgently set up a monitoring cell to keep track of this and also set up a regular legal cell to assist it. The committee also says that BSI was not effective in realising its objectives of meeting the provisions of the Convention on Biological Diversity due to gross inadequacy in documentation and monitoring of plant species. No survey of different ethnic groups associated with use of plant species for different purposes has been done by BSI after 1990.

The committee observes that only 21 national parks, four bio-reserves and 27 wildlife sanctuaries were fully explored and partially explored (by PAC) for the first time during 2002-09. As of 2009, 64 per cent national parks, 54 per cent biosphere reserves and 94 per cent of the wildlife sanctuaries remained to be explored. Similarly, of the 15,397 sacred groves, only three groves have been studied till 2009.

The ministry’s explanation for this was: “Sacred groves, as the name suggests, are held sacred because of religious beliefs of people who link them to supernatural powers and therefore, such groves are protected in majority of cases, by people themselves. Therefore, from the point of view of urgency for prioritisation, these groves assume lesser significance compared to protected areas, biodiversity hotspots and fragile ecosystems which are under tremendous anthropogenic pressure.” The committee says BSI was hamstrung by serious financial shortages, infrastructure and dearth of manpower, and recommended various measures to overhaul the defunct agency.

PAC found startling irregularities in the Rs 30-crore Eco-city Programme of the Central Pollution Control Board (CPCB). The programme was implemented during the 10th Five Year Plan (2002-2007) to improve the environment of the selected 12 cities of historical and cultural significance. PAC notes the funds released for the project were in violation of prescribed financial procedure or without approval of the detailed project reports and even when there were reports of unsatisfactory implementation. “The committee therefore urges the government to ascertain the reasons for such slackness,” the PAC report says.

Despite repeated attempts by Down To Earth, MoEF did not comment on the issue.