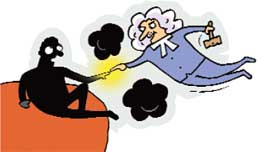 Anyone can appeal against a project, says high court

THE Delhi High Court recently ruled that any person concerned about the environmental impacts of a project could challenge it even if the person is not directly affected by the project. The court passed this order in a case related to a Vedanta Aluminium Ltd smelter in Jharsuguda, Orissa. Its environmental clearance was challenged by an activist in the National Environment Appellate Authority (neaa) in May 2007. The neaa dismissed the petition on the grounds that the petitioner was not aggrieved or affected by the project.

The petitioner then approached the Delhi High Court. The court quashed the neaa order and said public hearings are meant to elicit comments from the people and if the grievances of the public are not addressed, then people have the right to appeal against it."The order gives a new voice to civil society organizations whose appeals have repeatedly been dismissed by the neaa on grounds like that of the Vedanta smelter," said Ritwick Dutta, lawyer for the petitioner. The neaa has, earlier, dismissed petitions on the Middle Siang hydroelectric project in Arunachal Pradesh and Monnet Ispat and Energy Plant in Chhattisgarh on similar grounds.

The petitioner, Prafulla Samantara, who had filed the appeal on behalf of Lok Shakti Abhiyan, a non-profit in Orissa, said he objected to the public hearing because people did not get enough opportunity to speak. "This is generally the case in such hearings which are conducted as a formality. Besides, the environmental impact assessment had not properly studied the project's impact on the area," he said.