The inaugural issue of Down To Earth (May 31, 1992) coincided with India opening up its economy. We carried a debate on how economic liberalisation would impact the country's environment. Participants in that debate voiced the fear that liberalisation could marginalise environmental concerns. Twenty-five years later, the debate has become shriller. Has liberalisation threatened the livelihoods of the underprivileged and put our natural resources at stake? Have imbalanced trade-offs between the economy and ecology become the new norm? 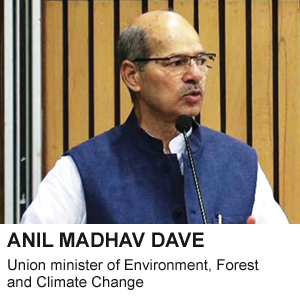 The wrath of wrong remedies

Liberalisation does not mean getting freedom from something. It means fewer laws, less governance, and more freedom to do business. I feel it is unnecessary to pit environment against development. It is not like that. Time will come when people will realise that environment and development go hand in hand. The people who are struggling to understand this concept are doing so because the fruits of development have not reached them.

Simply put, liberalisation is nothing but creating an environment to ease the process of doing business. We believe in su-vikas or development for all. And the right to development and good governance go hand in hand. It is unfortunate that some people have painted the image that environment and development go against each other. Such people are working in non-profits that are foreign funded. They are hampering crucial development by protesting against issues, such as infrastructure development, in border areas. They are doing this to slow down the development process. They still think that the country should carry its tanks and weapons on donkeys. But such people are few.

I believe their demands are genuine. They are struggling because of wrong planning and policies. There is always a smooth way out if one sticks to rules.

Whatever conflicts have emerged in the past 25 years are due to wrong remedies. We need proper doctors to treat anomalies. We believe the fruits of development should benefit everyone. If it is not, then we call it ku-vikas or bad development. So we should work for su-vikas, which always runs parallel to the environment.

I believe the concept of environment creates a balanced approach between human beings, nature and development. 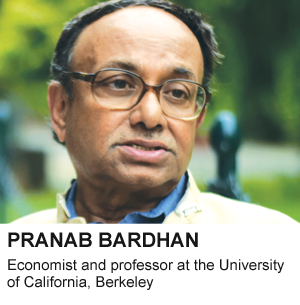 A need to balance interests

Some people in the business sector consider environmental regulations as excessive for industrial and commercial development in India. I do not necessarily agree with them. It varies from case to case. In some cases, environmental regulations are unnecessarily cumbersome and time consuming, but in many others, we have too few regulations (for example, those relating to air and water pollution, traffic congestion, deforestation, irrigation and water conservation), and even those that exist are badly enforced.

We have a long history of ignoring the environmental consequences altogether in many decades of development, and many regulations are of recent origin. One should keep in mind that there are exemplary middle-income developing countries where environmental regulations and economic development are proceeding smoothly together. Costa Rica, for example, is a country that has the best environmental record in the whole of America, north and south taken together.

It also depends on the idea of economic development one has in mind. Those who are preoccupied with maximising the rate of economic growth of GDP (gross domestic product) often consider environmental regulations as mere encumbrances. But a wider concept of development includes better quality of life that an un- degraded environment allows and when displacements of poor people whose daily livelihoods depend on the environmental resources are kept at a minimum. If one follows this wider concept of development, taking care of environment becomes part of the development process.

Even in areas where there are trade-offs between developmental and environmental considerations what is most in need is a sense of balance. Many of the controversial issues of the day involve complex trade-offs and balancing of diverse interests, which neither the corporate lobbies nor the non-profits pay enough attention to.

Even those who speak in the name of the poor usually under-stress the diversity among the poor—a dam may benefit thousands of small farmers in hitherto dry land, while displacing thousands of others, just like a development project may displace some from their ancestral land, but provide jobs and more productive livelihood to others.

It is possible that after careful balancing of the gains and losses (both economic and social) one may still conclude that the dam should not be constructed or the development project should not be undertaken. But this should be the outcome of a transparent deliberative process where diverse interests and stakeholders are represented. 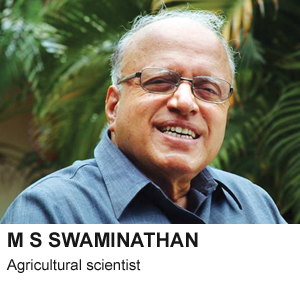 A developmental code is needed

Policy changes in economic management usually have repercussions in the areas of ecology, social and gender equity. Looking back, the past 25 years of globalisation and liberalisation have had both positive and negative impacts. Avoidable controls have been removed, but there has also been liberalisation in handling our ecosystems, which has nearly endangered the livelihood security of the people dependent on natural resources.

The challenge ahead lies in harmonising economic progress with progress in human welfare, particularly with reference to the underprivileged sections of society. There should be a development code which gives overriding priority to both safeguarding environmental assets and promoting sustainable livelihoods. The United Nations Sustainable Development Goals provide guidelines for achieving a balance between economic development and ecological security. One of the goals where our country should pay particular attention is Goal 2 (Ending hunger, achieving food security and improving nutrition and promoting sustainable agriculture). Ultimately, we can see progress only if the greed of the rich is curbed and the genuine needs of the poor are met.
FROM OUR 1992 DEBATE
ANIL AGARWAL,
editor, Down To Earth

Two issues come to mind: one concerns resource use, the other concerns pollution and toxics. The pressure to generate foreign exchange will definitely have an impact on our land and forests. On the toxics side, liberalisation will mean that technology will come in without adequate checks. Economists tell us that the environment is an externality. The cost of damages is borne by future generations or by the powerless, namely the poor. Therefore, the argument is that we must internalise it. But any price is arrived at through negotiations between a buyer and a seller. In this case, who is the buyer of natural resources and who is the seller? We want more rapid growth. But who is going to control resources?

If there is no safety net, there will be an increase in the incidence of poverty and that will clearly increase environmental stress. If people are not able to use kerosene and coal, they are obviously going to collect more firewood. That, certainly, is going to happen in the short term.

We are going through a transition in which even those who are convinced that what they are doing is right don’t seem entirely sure whether they can control all the consequences. If better care of soil, water and vegetation is an essential part of our environmental defence system, then it’s not only a question of policy but also of the kind of institutions that are needed to promote this concern.

But, it’s not a question of institutions alone. It’s also a question of giving them correct indicators on scarcities and benefits, which is what a budget really does. I am arguing for planning. Planning does not necessarily mean centralised planning but it means knowledge-based indicators and institutional mechanisms which will facilitate decision-making. We should basically work towards an institutional system which takes environmental costs and profits into account.

The structural adjustment programme is trying—not very successfully as yet—to confine public investment to essential areas. You can call it privatisation but I think there is a common cause here between people who advocate more safety nets and what the government is trying to do. The question is not whether we should have interventions or not but what should be the modalities of that intervention. 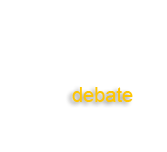