Long ago, beyond the mist of time, I was a reporter with Down To Earth. I count those years as the most enjoyable period of my career as a journalist. It taught me how to work in the field, library and labs—places where I spend most of my time now as a geographer.

Talking about field, some of us spent a good part of the month travelling. At the height of summer, I have chased a story on desert fruits in the Thar desert. In pouring rain, I have travelled from Goa to Thiruvananthapuram, talking to artisanal fisherfolk on my way. I have been to the heart of jungles in Uttarakhand, Jharkhand, Odisha, Madhya Pradesh and Chhattisgarh, learning how people deal with wild fires, dam projects, water scarcity, and the laws that denied them access to resources. I have trekked the Western Ghats, and lived in a bamboo hut at Ziro, a hill station in Arunachal Pradesh, writing a cover story on bamboo. Our extensive field reporting made even mainstream media editors envious!

An unforgettable experience was reporting a story on deforestation in Kashmir at the height of insurgency. After a week’s ground work in Srinagar, I gained access to a remote hill where people were felling trees. We had to negotiate our way carefully to escape giant logs rolling downhill, splashing into a canal that took them to some remote village for processing. The deforestation was going on at a feverish pitch with clockwork precision. Still the loggers were friendly—they beamed and posed for pictures with their axes. “You should have come last week,” one of them said. “We wiped out that walnut forest up there.”

We all have our stories behind the stories. My colleague, Rajat Banerjee, came back after covering the pollution of the Yamuna with bottles full of pesticidelaced water. We splashed it on the cover: “Poison in your drinking water!” Aniruddha Bahal of Cobrapost fame came back from Wapi in Gujarat with samples of hazardous waste and tales of stray dogs bathing in industrial effluent shimmering green. Richard Mahapatra, the present managing editor, returned from western Odisha to tell us about mining companies flattening hillocks, and draining rivulets when droughts made food scarce. Anumita Roychowdhury diligently recorded how car tailpipes and factory smokestacks spewed pollutants to make Delhi’s air unbreathable.

Down To Earth placed several such environmental and health issues of the time on the public agenda—drugresistant epidemics, farmer’s suicides, human-animal conflicts, pollution from brick kilns, tanneries, and dyemaking units and so on.

These stories packed a lot of punch as they were based on rigorous research. We spent days in the library, tracing what has been written on the topic. Then while on assignment, we collected loads of scientific material that sometimes needed an extra jhola to carry. Then came the process of digesting all this stuff, and turning out an intelligible copy. Our copy editors, among the best in town, weaved engaging stories out of our rambling narratives, packed with hard facts. Our photography team always had some evocative images and the design was always a hit, with some ontarget cartoons and innovative typography and colour. Our journalism involved a full package with style and substance.

We were learning while chasing these stories. We often landed in some of the best labs in the country—Central Arid Zone Research Institute in Jodhpur, National Chemical Laboratory and Centre for Development of Advanced Computing in Bengaluru, National Institute of Oceanography in Goa, National Aerospace Laboratories and the Indian Institute of Science in Bengaluru and so on. This exposure gave us a wide perspective on the scientific research.

Back in town after those long trips, many of us spent hours at Shastri Bhavan and Vigyan Bhavan chasing bureaucrats, with occasional visits to the nearby Press Club of India, our watering hole. Some of them had a lot of things to talk about. They told us about the policy relevance of the scientist’s tales.

It is Down To Earth’s emphasis on people’s voices that gave our reporting an added edge. We always walked that extra mile to see how research, policies and the dynamics of climate and environment had an impact on people. We talked with fishers using new craft and gear, farmers harvesting rain and adivasis playing hide and seek with wild beasts.

Thus, we could break down some of their shibboleths of scientists and bureaucrats. For instance, if you see how embankments along the Kosi make the river flow at a higher elevation compared with the villages around, you will question the “concrete solutions” offered by the Ministry of Water Resources engineers. Seeing pesticides, skewed markets, and an everdipping water table driving farmers to penury, you will question the agriculture scientists’ green revolution story.

Last, but not the least, Down To Earth brought out the best qualities of the “argumentative Indian” in all of us. It was often hard to sell a story to our editor, Anil Agarwal. One had to be super sharp to match his wits. Then came the logistics—we sometimes had to play hard ball with Sunita Narain, the second in command. I have had many rounds of arguments with both of them over a story I always wanted to do—on climate, environment and migration. I guess Anil had a point when he spiked my story pitch, challenging me to come up with a better explanation for why poor people migrate. Years later, my doctoral research showed that most of the time people migrate for money, not because of climate or environment!

In short, a stint at this wonderful publication with a unique field-library-lab approach made our reporting style down to earth with a 360 degree view. Many thanks. 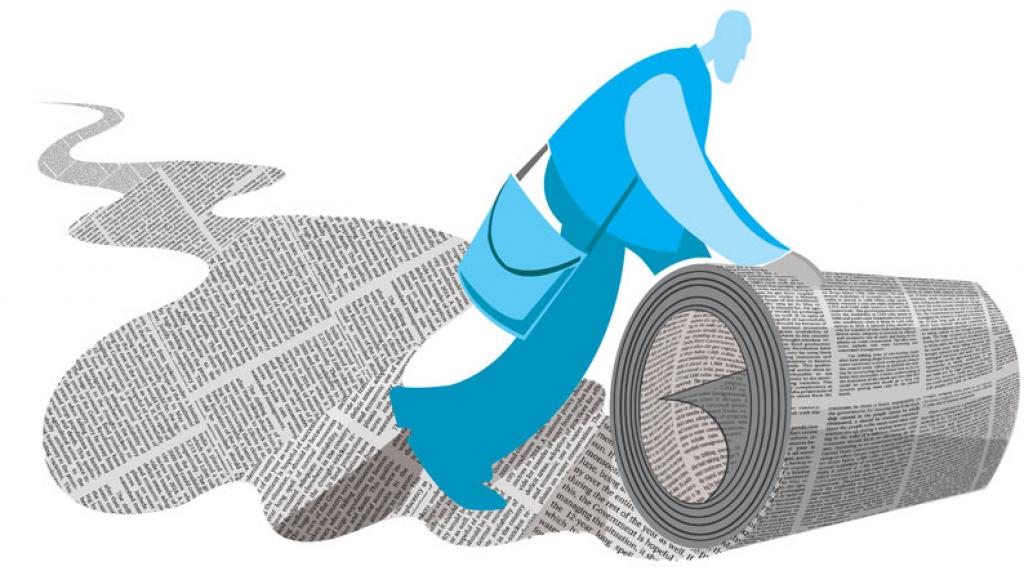