UAE has gone back on the planned ban on BlackBerry services. In August, the kingdom had said it would block BlackBerry messenger, web browsing and email services because its security agencies cannot crack the smartphone platform’s code to monitor exchanged data.

The Northwest Atlantic Fisheries Organisation has extended the 16-year moratorium on catching cod on the southern Grand Banks for another three years. The Atlantic cod numbers are estimated at 10 per cent of historical levels.

Britain has become home to the world’s largest offshore wind farm. The site has 100 turbines installed; 341 in total are planned. The farm will produce 300 MW of energy, raising Britain's wind power by 30 per cent.

Thai custom officials seized 90 kg of ivory being smuggled into the country. Sixteen pieces of cut ivory were packed into the luggage of a man travelling from Ethiopia. Elephant poaching is on the rise in Thailand. In April, 1.4 tonnes of ivory were seized, and 800 kg in July.

One in five of the world’s 380,000 plant species is threatened with extinction, says a global study. Agriculture, logging and land use for livestock were reasons for it, said scientists from Kew Garden’s and the Natural History museum and the International Union for Conservation of Nature.

US President Barack Obama has agreed to put 20 to 50 solar panels on the White House roof. NASA has also begun installing a 79 KW solar array at one of its centres.

UAE and Mongolia have signed a deal to protect one of the world’s most endangered species of falcons. As per the £1.5 million (Rs. 91.5 crore) agreement, the UAE’s environmental agency will boost the number of saker falcons by building 5,000 artificial nests on Mongolia’s central steppes. The bird’s global population has dwindled to 2,000-5,000 pairs.

A Russian contractor for International Space Station has unveiled plans to build space’s first hotel. The hotel would house seven people. It will also provide facilities for scientific research and media projects. The project will start after 2015.

The US Environmental Protection Agency has said it will propose a rule next year to prevent mercury discharge from dental fillings. US dental offices discharge 3.7 tonnes of mercury each year.

China has decided to levy anti-dumping duties of up to 105 per cent on US chicken products. In the first half of 2010, American imports rose 6.54 per cent from the previous year. The rise cost the domestic industry US $162 million (Rs. 718.3 crore)

A Greek shipper was fined US $4 million (Rs. 1.82 crore) for pollution by a US judge. Irika Shipping was sentenced for dumping 6,000 gallons of waste oil and sludge and concealing the discharges from a ship that stopped at Baltimore, Tacoma and New Orleans ports.

Workers building a substation in California discovered 1,500 bone fragments dating back to 1.4 million years. The fossil haul included remains from an ancestor of the sabre-toothed tiger, large ground sloths and small rodents. 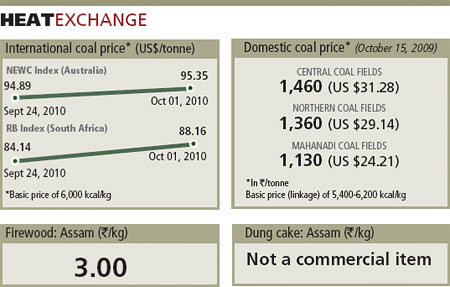