The Negro river, a major tributary of the Amazon in Brazil, dropped to a depth of about 14 metres, which is the lowest since record-keeping began in 1902. About 60,000 people have gone hungry as falling river levels hit transport, farming and fishing. Scientists blamed El Niño, a cyclical warming of tropical waters in the central and eastern Pacific Ocean, for it.

About 200 people have died and 1.5 million left homeless in Colombia and Venezuela after mudslides and heavy rains hit the nations. The weather condition was attributed to the La Nina phenomenon—extensive cooling of eastern and central Pacific Ocean. Argentina and Uruguay are facing severe droughts.

The EU has banned Bisphenol A in plastic baby bottles, saying the chemical could affect development and immune response in children. The ban will come into effect in 2011. Denmark and Canada have already tagged the chemical toxic.

Germany’s top court rejected a plea against a law that puts restrictions on cultivation of genetically-modified (GM) crops. The law holds farmers who plant GM crops liable for any pollen that escapes to non-GM crops. State Saxony-Anhalt had challenged it, saying the law violates the Constitution.

Heavy air pollution in Tehran forced officials to declare a two-day public holiday in the first week of December. Increase in Iran capital’s population and car usage were blamed for it. Each year five million tonnes of CO2 is released in the city of 12 million people.

Iran has produced its first batch of yellowcake uranium. Yellowcake is used to produce enriched uranium, fuel for nuclear power plants. When enriched at levels between 70 to 90 per cent, it can be used to make a nuclear bomb. The US has accused Iran of manufacturing nuclear weapons but Tehran insists it is only meeting its electricity demands.

Qatar’s environment ministry has recalled 151 types of shampoo products from the market after a cancer-causing chemical was detected in them. Of all the products, including international brands like Pantene and Roberta, 90 were found to contain 1.4-dioxane in high proportions.

Hong Kong has halted poultry imports from Japan because of a bird flu outbreak. The city imported about 3,800 tonnes of frozen poultry from Japan this year till September. Two other countries have reported avian flu. Azerbaijan has confirmed an outbreak in its western region. In August, Egypt announced its 36th death from bird flu. The victim was a 33-year-old woman.

Western Australian has officially recognised CO2 as a suitable gas for humane killing of poisonous cane toads. Results from government’s trials showed that the amphibians died after four hours of gas exposure. The invasion of the toads into Western Australia reached Lake Argyle in Kununurra, in the Northern Territory border. The toads are a threat to natural fauna.

An outbreak of a rare parasitic tropical disease has killed more than 300 people in southern Sudan since September 2009. WHO reported more than 7,000 cases of kala azar this year. Kala azar, or visceral leishmaniasis, is spread by the bite of sand flies. It usually affects malnutritioned kids. Nine out of 10 patients die if they don’t receive treatment.

A German was arrested in Los Angeles for smuggling tarantulas into the country. Amongst the 500 live tarantulas were 22 endangered Mexican red-kneed tarantulas. The value of the smuggled shipment was estimated at US $300,000. Tarantulas are harmless to humans and popular in pet trade.

About 484,330 sq km in Alaska has been reserved by the US as a critical habitat for polar bears to ensure they fight off extinction. The greatest threat to the bears is climate change, which is causing the Arctic sea ice to melt. Oil and gas companies said the move could cause loss in economic activity.

This year is set to be among the three warmest years since record-keeping began in 1850, according to the UN. Its weather agency said the past decade was the warmest. Scientists blamed human-made pollution for it. 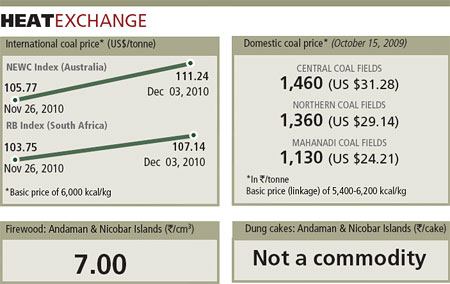