Why I should be tolerant

In this exclusive extract from the book, Narain says the most powerful nations would like to believe there is no other side. So, there is no respect for another’s position 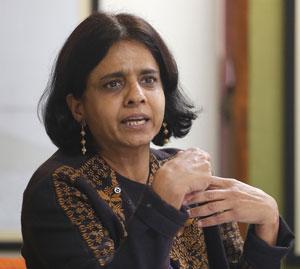 In 2015, the word “tolerance” almost assumed the status of the fabled Holy Grail. Though mostly debated from religious and ideological perspectives in public and political domains, I have often wondered how perfectly the word “tolerance” or its opposite “intolerance” described the state of environment and environmentalism in the 21st century. And I am sure in the coming years, this intolerance will only grow—unless we recognise it and make the changes we need.

I was in Paris participating in the much-talked-about 21st meeting of the Conference of Parties (COP-21) to the United Nations Framework Convention on Climate Change (UNFCCC) in December 2015. I will deal with the agreement the meeting delivered later in the essay. But my days in Paris before the agreement was finally adopted availed me the opportunity to witness and suffer intolerance of a different but devastating kind.

That is the climate change intolerance. Two days to the endgame at the Paris conference, there was little breakthrough on the contentious issues that eluded an agreement, but still everybody was clear that there would be an agreement. This confidence alerted me to the grave intolerance brewing within the world community, supposedly fighting together to rescue the only liveable planet we know from the edge of a climate change-driven catastrophe. Let me explain.

For the first time since the beginning of climate negotiations, the erstwhile climate renegades were in control of the dialogue, narrative and the audience. The Umbrella Group is a grouping led by the US and includes the biggest rich polluters, such as Australia and Japan, who have always been in the dock for not taking action to combat climate change. In Paris, these countries went through an unbelievable image makeover.

They were now the good guys. They wanted the world to be ambitious in meeting not just the 2°C temperature threshold, but were pushing for even staying below 1.5°C. They said they are pushing because they care for the small island nations, which will suffer horrendous consequences with rising temperatures. They also wanted an effective arrangement to monitor progress and to ramp up actions to meet these targets.

How could this can be wrong, echoed a spellbound audience. But it was clear that this makeover was not overnight, or sudden. These countries had done their homework. They audaciously crafted the script that made propaganda believable and sellable.

Their civil society had been cajoled into believing that this was their time. The US NGOs’ allegiance was absolute because they (genuinely and naively) believed that their government was doing all it can in spite of Republican Party opposition.

Their media was in full attention—the likes of The New York Times and BBC had been seconded to scold and reprimand the governments of developing countries like India for misbehaviour. So, what the US government officials could not say, their media spelt it out. It was fine tactics and grand theatrics. And nobody spoke without a cue.

The intolerance was absolute. If you were not one of them, then the script was also pre-rehearsed for you. The promptness of the response should tell you this. The New York Times published an article chastising the Indian prime minister for daring to speak about fair share of the carbon budget within hours of his speech in Paris.

The screenplay went like this. If anyone raised an issue, it was first dismissed as being obstructionist. Then, it was said, these issue-raisers are anti-American or—even more reductively—anti-something. Then, if you persisted, you were told you are merely an unwanted pest. You were basically told that you should get lost, because the party is over. Climate change is real and now all the emissions that could be burnt have been burnt and nothing remains.

But you don’t give up. If you still persist and demand that the deal should be equitable—that their lack of ambition is what has put the world at risk today and that they must vacate space—their response was the ultimate shut-up. They simply said: “Catastrophes are on our doorstep and you are asking for bread? How immoral and insensitive can you be? Shame on you!”

So, intolerance was scripted so that the other side’s version was erased. In this way, rich and industrialised countries forgot that it was the very countries that are experiencing the worst weather-related calamities who were asking for the leftover crumbs. They tried to erase the fact that developing and underdeveloped countries have not contributed to the emissions that are causing the increase in temperature. But they are certainly worst impacted today. The stock of gases already in the atmosphere comes from the same countries that are on the high pedestal today.

But it is also a hard fact, not an irony, that once the carbon budget is consumed—as they have done—there would be little that anybody can do about it other than cry injustice. It is also a fact that these countries continue to have unambitious plans to curtail their emissions. But since their takeover of the climate talks is complete, there is nobody to ask these inconvenient questions.

There is no other way to explain the absolute lack of dialogue that exists now. In COP-21, there seemed nobody else was in attendance. There was only one narrative and no conversation. The Europeans who hosted the conference were lost. The French, always adroit in managing conflicts, seemed vacuous and irrelevant.

But it is clear that if we want to live in an interdependent world, voices of dissent cannot become illegitimate or be put on mute. This is how I define climate change intolerance. And like all intolerance, this must be resisted and won over. Even if I become “intolerant”.

Back home in India, there were many events that point at intense environmental changes and consequent human tragedies. The year 2015 was full of events that are interconnected and foretell our future in a way that should enormously worry us. And, hopefully, get us all to rise to the challenge of environmental tolerance, or intolerance.

Cut back to Paris. The Paris climate change talks ended with an agreement far from ambitious and way off from being equitable. It has left the world even more vulnerable; the poor, even more deprived of basic human development.

Then there was the Chennai anomaly in November-December, 2015. Usually dry and desperately water-scarce, the city sank underwater. What a way for citizens of this, and every other megacity, to realise that they are living in an increasingly climate-risky world. What a way to understand that if we keep mismanaging, extreme weather events are going to make us all go under.

Then my city of Delhi, choked and spluttered, and has run out of clean air to breathe. It has learnt the really hard way that it must find leapfrog options, combining both technology and lifestyle choices of mobility patterns, if it wants to live on something as basic as breathable air.

The past few years have brought home tough messages. One, environmental issues cannot be ignored if we want to secure life and health. Two, development has to take a different path, for we must—starting now—mitigate its visibly adverse impacts. Three, since we live in a planet where warming is now unleashed, unbridled, what we do must be done at an extraordinary speed. This way, 2015 has done all of us a huge favour: it has been a tea-leaf reading of our future. Dire warnings we must heed. But are we?

Let’s take the Paris Agreement as a symptom. The world today is hurtling towards two catastrophes: one, caused by our need for economic growth, and the other by unparalleled and gluttonous consumption that impels emissions into the atmosphere. These greenhouse gas emissions, primarily emitted because we need energy, contain portends of a future being placed at extreme risk. We already see how weather variation—linked to climate change, or not—has jeopardised the livelihoods of millions of farmers in India in 2015 and 2016. Farmers are now driven to ultimate desperation—suicide. These failures, a combination of poor policies, are now exacerbated by untimely, weird weather, and have caused so much human pain.

In this manner, the development dividend, which is so hard to secure in the first place, is being lost. And there is much more to come. Paris, with its weak and unambitious text, has failed us abjectly. The already-rich and the becoming-rich have signalled that they don’t want to compromise on their growth, or consumption, in the interest of the rest. But the real catastrophe that awaits us in 2016 is about living in a more inequitable, insecure, and intolerant world. Let’s be clear. The Paris Agreement tells us, more than ever, that the rich world has bubble-wrapped itself, and believes that nobody can prick it or burst through. To be secure in the bubble, conversation is restricted to only what is more convenient. In this age of internet-enabled information, ironically, the world is actually reading and being sensitive to less, not more. The circles of information have shrunk to what is most agreeable to listen to. It is no surprise, then, that in climate change negotiations—in trade talks, too, or international relations—there is one dominant discourse.

The most powerful nations would like to believe that there is nobody on the other side. There is no longer another side. So, there is no respect for another’s position. It is believed that the other side is either a terrorist, a communist or is just corrupt and incompetent. There is a fatal refusal to fathom, or approach, opinions or realities that are different.

In all this, there is growing inequality in the world. No amount of growth and economic prosperity is enough anymore, because aspiration is the new God. This means anybody who is poor is marginalised simply because they have just not made the grade. There is no longer space for such “failure” in our brave, newer world. It is about the survival of the fittest, in a way that would have made Darwin insane.

It is no surprise that we, in India, are mirroring this grave new world. The real plight of the poor, distressed, flooded, drought-stricken and famished is banished from our television screens and newspaper articles. Our world is being cleansed. If we do not know they exist, we do not need to worry about their present or future. We can think about a way of life that benefits us, solely. This is the true emerging face of intolerance in an intolerably unequal world.