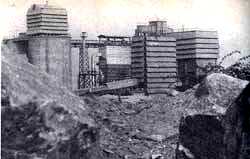 The end of 1992 saw advocates of development-at-any-cost increasingly impatient with the Union ministry for environment and forests (MEF), whom they accused of blocking development projects worth several thousand crores of rupees. The major pending projects include the open-cast mining schemes in Bihar, KRIBHCO's fertiliser plant at Hazira in Gujarat, the expansion of Maruti Ltd, a 817-MW gas-based power project near Gwalior, a thorium plant at Ganjam in Orissa, the expansion of the Rajasthan Atomic Power Project and the Konkan railway project.

Environment minister Kamal Nath, however, claims credit for having given the green signal to 118 projects. The 70 applications that are yet to be cleared, he contends, are being held up for want of clarifications from their promoters.

Meanwhile, the environment ministry has prepared a hit-list of the 17 most polluting industries in India during 1992. These industries are said to be responsible for 80 per cent of the air and water pollution in the country and include units producing power, iron and steel, cement, distillation, pesticides, copper, dye, fertilisers, pulp and paper, petrochemicals, pharmaceuticals, sugar, tanning, zinc, aluminium, refining and caustic soda.

January 1993 being 'compliance month' for the MEF, inspectors have fanned out countrywide to check polluting units. Industries that have failed to take the minimum prescribed safeguards will be prosecuted. "We have plied them with carrots," says Kamal Nath, "now it's time for the stick."