Though rampant industrialisation is putting the environment at risk in Uttarakhand, the issues surrounding it hardly figured in the state Assembly elections.
More than 170 hydropower projects and a number of sand mining projects have been approved and some of them are underway in the state. Environmental activists and residents have already expressed their reservations on the projects. But the two main political parties–the ruling Bharatiya Janata Party (BJP) and the opposition Congress–chose to keep silent on the controversies surrounding the projects. Uttarakhand went to polls on January 30.

“Despite the opposition, the political parties took no clear stand on whether they support or oppose the projects. They made no commitments on the two issues on paper,” says Hemant Dhyani of Ganga Ahvaan, a non-profit. 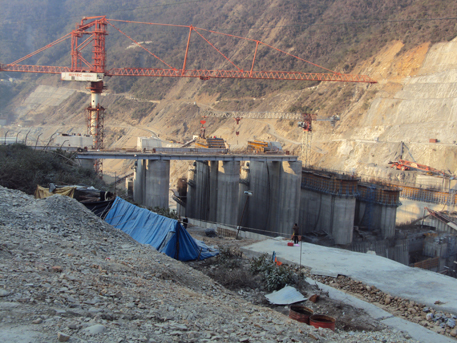 “Rahul Gandhi came for campaigning here and said if Congress comes to power it will bring development in the state. He said we will get electricity and water but he did not say anything about the dam,” says Geeta Wati Bahuguna, whose house on the banks of Alaknanda river bank was relocated because of the upcoming Srinagar Hyroelectric Power project in Doogri Pant village in Pithoragarh district. The construction of the Srinagar dam with a capacity of 330 MW started in 2007 and was to be completed by 2012. But the construction was put on hold after an Uttarakhand high court order on a public interest litigation filed by Bharat Jhunjhunwala, former professor at IIM Bangalore and now a resident of the area. In his petition, Juhunjhunwala contended that the dam would submerge the Dhara Devi temple on the bank of the river.

Like many others in the village, Bahuguna had to move her house up the hill to escape submergence once the dam is complete. She notes it has become very difficult to have access to clean water for household purposes. “Whether the dam comes up or not, we will not benefit from it,” she says. “I have been living here for 45 years. I have seen political leaders come and go but nothing changes. If the government has invested money in the dam, they will construct it,” rues Bahuguna.

“The leaders did not talk about the dams during campaigning but they are in favour of the projects,” says Sanjay Rawat, a resident of Sweet village in Srinagar, who is a contractor with GMR, the company that has the contract to build the dam on the Alaknanda. “It will only bring development in the state. There is power shortage here. Once the construction of the dam is complete, people will benefit,” he adds. 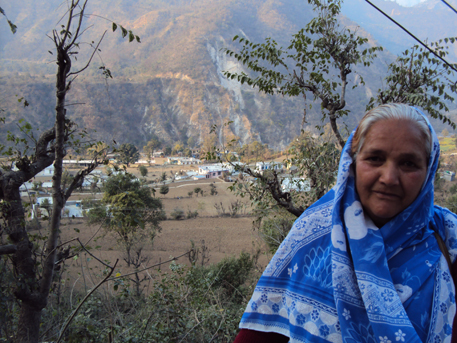 But Vimal Bhai of Matu Jansangthan, a non-profit, disagrees. “Parties just want votes. Throughout the year they support the construction of dams in the state and during campaigning they change their stand to go with people’s sentiments. No matter who wins, they will go ahead with the dams. This is not an election issue for the leaders,” he says.

The candidates also softened their stand on mining to win votes. “But with so much money already invested in the projects whichever party comes to power it will support sand mining,” says Vipin Pawar, a resident of Haridwar.

“Illegal mining is happening in the basin of the Ganga river. Boulders and stones are being pulled out from the river bed and crushed at several sites. After the high Court order the mining that was happening openly stopped but illegal mining continues,” says Dhyani.