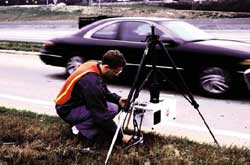 The us Environmental Protection Agency (usepa) has recently approved new air pollution standards, promising cleaner air to all Americans. Health and environmental groups, however, say the revised rules are too weak to protect against lung and other pollution-related diseases. Earlier, in December 2005, the agency had proposed to reduce the average daily amount of soot (those with diameter less than 2.5 microns, which lodge in lungs and blood vessels) and other particles allowed in the air. But under the new limits, it has retained some standards for soot particles dating to 1997, ignoring recommendation of the agency's own scientific advisory committee. Agency officials give an excuse that there was no unanimity with the scientific advisory panel over the standards set for soot particles. Experts, however, say that usepa' s rule defies the agency's principle of using the best available science.