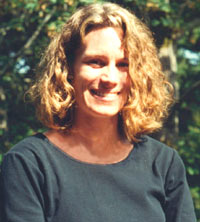 She put the rights of the tribe she was studying above her research. In 1997, ethnobotanist Kelly Bannister found that Skeetchestn, a tribe near British Columbia in Western Canada, wanted some more of her time to record their traditional knowledge. This was reason enough for her to reject the offer made by her academic adviser to establish a deal with a drug company for studying potential antimicrobial compounds identified by her research. In 2000, Bannister completed her thesis. However, she gave the tribe time to come out with claims to any compounds that might be commercialised from the 70 plants she had analysed. "I felt that the plant-assay data I had collected would be taken over and used for a purpose not in the best interest of the community," said Bannister. It is only now that she is contributing her research for a programme, Community-University Connections, which aims to help improve research collaborations between indigenous tribes and researchers. The tribe feels Bannister has protected its identity. Its chief, Ron Ignace, alleges that earlier researchers had published their history without their permission. "This time we had someone with high moral fibre who worked with us," he says.