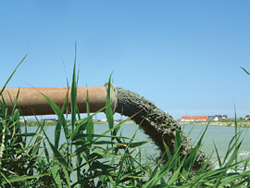 back in 2000, there was a strategy (the Water Framework Directive, wfd) to deal with chemical pollution in water. Now, in 2007, steps are being taken to establish overall environmental quality standards (eqs) to protect rivers and lakes. On June 28, the Luxembourg meeting of the council of the European Union (eu), attended by 20 different countries, reached a political agreement on a draft on eqs--concentrations of pollutants which must be within permissible levels to protect human health and environment.

The proposal has uniform eqs set for 41 chemical substances or groups of substances across the eu, including 33 priority substances (as defined by Article 16 (2) of the wfd) that pose a particular risk to animal and plant life in the aquatic environment and to human health. Thirteen of these priority substances are classified as hazardous. There are eight other substances--cadmium, lead, mercury, nickel and their compounds, benzene, polyaromatic hydrocarbons and ddt. Currently, national quality standards for priority substances vary considerably across the eu, resulting in different levels of protection of aquatic resources. The wfd had suggested harmonising eqs.

eqs are different for inland surface waters (rivers and lakes) and other surface waters (transitional, coastal and territorial waters). Two types of eqs are set annual average concentrations (for protection against long-term and chronic effects) and maximum allowable concentrations (for short-term, direct and acute eco-toxic effects). According to the draft directive, member states besides ensuring compliance, would need to establish an inventory of emissions, discharges and losses of all substances identified in the proposal.

It is expected that when eqs are established for water, they provide a benchmark for ensuring the ecological integrity of aquatic ecosystems or the protection of human health when using the water. The rules need to be approved by the European parliament before they are enforced.