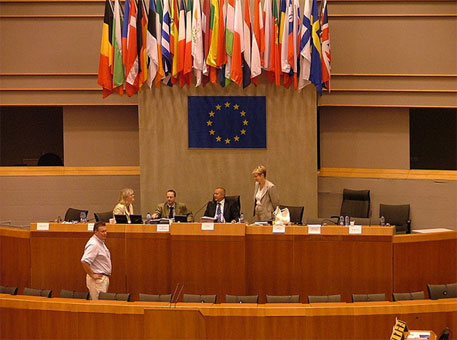 The European Union would have banned 31 different pesticides worth billions of euros on health grounds if a scientific report advising such a ban would not have been censored by the European Parliament.

These explosive revelations have been made by British daily The Guardian, which claims to have accessed the scientific paper.

The paper in question investigated hormone-mimicking chemicals and recommended ways of identifying the endocrine-disrupting chemicals (EDCs). EDCs have been linked to a rise in genital mutations, infertility, foetal abnormalities and a spectrum of adverse health effects ranging from IQ loss to cancer.

According to the Guardian, the paper was reportedly censored by top EU officials under pressure from big chemical firms which use EDCs in toiletries, plastics and cosmetics.

“We were ready to go with the criteria and a strategy proposal as well but we were told to forget about it by the secretary general’s office. Effectively, the criteria were suppressed. We allowed the biocides and pesticides legislation to roll over,” a source from the European Commission told the Guardian.

“If the draft ‘cut-off’ criteria proposed by the commission had been appliedcorrectly, 31 pesticides would have been banned by now, fulfilling the mandate of the pesticide regulation to protect humans and the environment from low-level chronic endocrine disrupting pesticide exposure,” AngelikiLyssimachou, an environmental toxicologist for Pesticides Action Network Europe (PAN) was quoted in the Guardian report as saying.