Europe to phase out major pesticides

EU decides to withdraw about 320 substances used in plant protection products - including pesticides, fungicides and herbicides - from markets by July, 2003 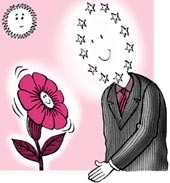 europe will not walk the toxic trail. To improve environmental safeguards, the European Union (eu) has decided to withdraw some 320 substances used in plant protection products - including pesticides, fungicides and herbicides - from the European market by July 25, 2003.

The move is part of the European Com-mission's (ec) programme aimed at evaluating the safety of active ingre-dients of plant protection products.

Most of the chemicals targeted under the programme are being taken off the market because the manufacturers no longer want to spend large sums of money on safety tests to support their products. In addition to the 320 substances being revoked, a further 49 have been given temporary reprieve or 'derogation'. Their manufacturers have refused to provide adequate safety data. But farmers say these are essential, and there is no readily available alternative.Therefore, ec has allowed their use.

Under the authorisation directive of 1991, the ec developed the eu-wide programme to review all the ingredients (estimated at 850) used in Europe by 2008. Once approved, they would be added to annex I of the directive. In 1992, 90 substances were reviewed, of which 19 were revoked.

As per the directive, manufacturers have to produce a detailed monograph, listing the reasons for possible inclusion of their product in the annex. The monograph is circulated to all the member states of eu. It is considered by the European Commission Coordinating (ecco) group. The decision taken by ecco group is forwarded to the ec, which proposes a decision to the Standing Committee on Plant Health. Before a final decision is made, the Scientific Committee on Plants is also consulted. However, public interest groups are not consulted during this process.

Another 150 ingredients could be withdrawn from the European markets by the end of 2003 under a notification that ec expects to adopt shortly. It is expected that the industry would yet again decide not to defend many of its products.

This means that by 2003, about 60 per cent of all the pesticides that were being used in Europe in the 1990s would no longer be available (taking into account the 19 ingredients already banned, the 320 about to go and the 150 that may follow). Phillips McDougall, a uk-based consultancy, estimates that of all the 500 ingredients to be revoked, only 126 are commercially significant with a market value of us $560 million.

International experts call ec's decision a milestone in the struggle to phase out pesticides. eu accounts for about 25 per cent of the global pesticide consumption. But experts say that alternatives should be urgently introduced. "This is particularly important for the horticulture sector, since it would be the most affected. It is our job to make sure that the replacements are safe and acceptable to the society as whole," says David Buffin of Pesticide Action Network, the uk.

ec is planning to promote integrated pest management, organic farming and biological control of pests. It may also promote the technology of genetically modifying the crops, so long as the application is considered safe for health and the environment. According to experts, developing countries should follow suit as many of the pesticides banned by ec are still being used in countries like India.