Researchers in Israel have developed batteries that could last a lifetime 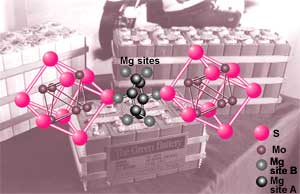 though battery technology has come a long way in the last few decades, getting safe, reliable, ecofriendly and cheap rechargeable batteries have still not been developed. Lithium batteries used in portable electronic devices are expensive. They also do not last very long and could be a fire hazard. The lead-acid batteries used in automobiles are corrosive and use lead that poses a pollution problem.

Now, chemists at the Ba-Ilan University, Israel, have developed a rechargeable battery based on magnesium that could provide a viable alternative to the other technologies.

Magnesium has long been one of the elements of choice for battery technologists. It could provide more power for the same size than comparable lead acid batteries or nickel batteries. It is also cheap, readily available and safe to handle and dispose. Indeed, magnesium has been used in ordinary batteries for a long time, especially in batteries that are used for specialised purposes. In these, there is a magnesium anode and other chemicals which act as the cathode and the electrolyte -- the solution which conducts the electric current from the positive terminal (anode) to the negative one (cathode).

The problem is to have the right combination of chemicals to make a rechargeable battery. The materials used for the cathode previously could not reversibly bind the magnesium ions produced when the anode reacts, and electrolytes quickly contaminated the magnesium surface, stopping the chemical reaction. Now D Aurbach and his colleagues have solved both these problems by using electrolyte solutions based on 'magnesium organohaloaluminate' salts and 'MgxMo3S4' (where x is a number between zero and one) cathodes. They have built a prototype magnesium battery that is about the size of a small television. The new battery can be recharged over 2,000 times and produces up to 1.3 volts -- similar to comparable existing systems.

One of the first applications of the battery would be for "storing" solar power. The electricity produced during the day by solar cells could be used to charge magnesium batteries that could then be discharged at convenience. These could also be used for providing uninterrupted power to computer networks in places where power cuts are common. Another area of use could be automotive batteries, specially the ones used in electric vehicles ( Nature , Vol 407, p724).