Long-term planning, combined with immediate preventive measures, can be the key 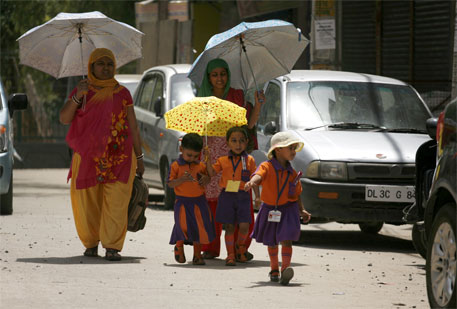 More than 2,000 people have died in India’s current heat wave, the second deadliest in the country’s history. Amid fears of more lives being lost, two international expert bodies have issued a set of recommendations to battle the heat. Telangana and Andhra Pradesh are the worst hit states in the country.

According to the guidelines, over the period 2000–2011, southern and eastern Asia and the European Region were particularly affected by the heat waves. However, heat as a health problem is not new in some of these areas. Over the period 1990–1999, significant heat wave events occurred in a few of the countries in the region. In India’s Odisha, the wave resulted in an estimated 558 and 2 541 deaths in years 1995 and 1998 respectively. Similarly, Pakistan lost almost 523 lives to the wave in 1995 and USA’s Chicago reported 670 deaths in the same year.

Apart from these most-affected regions, countries like Australia and Mexico have also reported deaths. While Mexico recorded 380 deaths in April 1990, heat wave events occurred in Australia in 1993, 1994 and 1995 and 2009, with the 2009 event of south-eastern Australia resulting in more than 300 deaths and widespread disruption.

The recommendations further suggest that behaviour of people has a principal effect on exposure, but may also affect sensitivity. People who over exert during work or leisure may become dehydrated and therefore become more susceptible to heat illness and death. Similarly, very young or very old people may be at increased risk due to inadequate fluid intake or inadequate behaviour such as neglecting protective measures. That behaviour is important and has been demonstrated in studies showing that protective actions such as dressing lightly, using cooling techniques like extra showers/baths or visits to air-conditioned places, increasing social contact and having home air-conditioning tend to reduce the risk of death during a heat wave.

Along with suggesting long term planning, the guidance also gives tips for dealing with heat waves. Most of these tips are for workers.